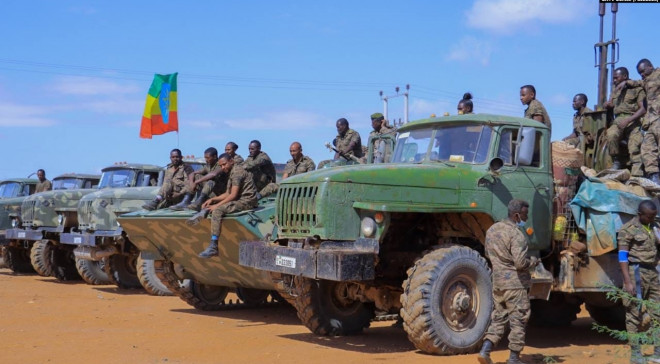 WASHINGTON, the USA - The United States military has lauded the Ethiopian National Defense Forces [ENDF] and Somali regional troops for successfully countering Al-Shabaab militants who temporarily crossed over to Ethiopia almost a week ago.

A top US military official said Al-Shabaab's attempts to expand their territories into Ethiopia appear to have been “largely contained". But the official adds that the militants are likely to continue attacking Ethiopia with the sole aim of establishing a base in the country.

At least 500 militants are said to have crossed over to Ethiopia last week but officials say most of them were killed during an operation. Reports indicate that they had pushed over 150 kilometers inside Ethiopia.

“It appears that the Ethiopians have largely contained and defeated this incursion,” General Stephen Townsend, the outgoing commander of U.S. Africa Command, said Thursday during a call with the Washington-based Defense Writers Group.

“Our brave soldiers foiled a plan al-Shabab was working on for at least a year and defeated the fighters they sent to Ethiopia within three days,” Mustafe Mohamed Omer, the president of Ethiopia’s Somali region, told reporters.

“We cannot merely watch an open border where the militants mobilize themselves on the other side [Somalia] to attack us,” he said. “We must prevent such a threat and not wait until they come to our border.”

“This is not a fluke. … I don't believe this is a one-off,” he added in response to a question from VOA.

There are over 7000 active Al-Shabaab fighters in Somalia and elsewhere according to official State Department reports. The militants ran a budget of up to $100 million annually, with close to $24 million going to the purchase of weapons.