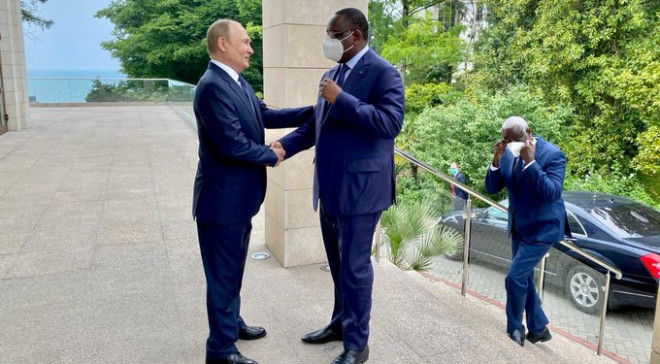 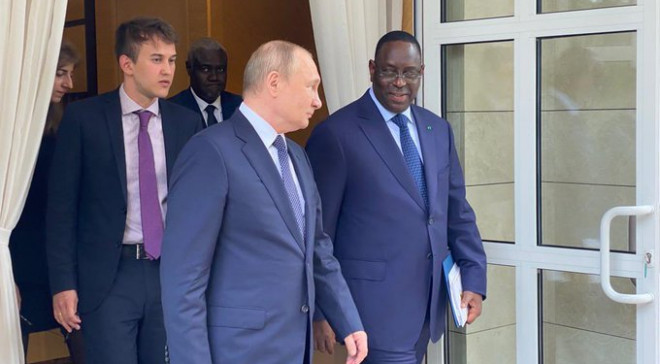 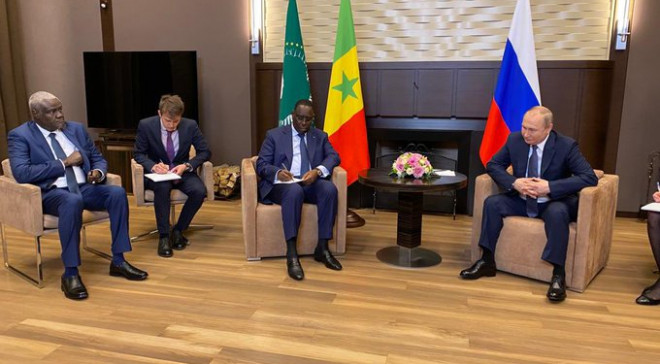 RUSSIA - The head of the African Union (AU), Macky Sall, has told Russian President Vladimir Putin that Africa was "at the mercy" of the war in Ukraine.

Putin on Friday hosted Sall, who is also Senegal's President, and Moussa Faki Mahamat, chairman of the AU Commission, in the southern Russian city of Sochi.

"Our countries, even if they are far from the theatre (of action), are victims on an economic level," Sall told Putin.

He later said on Twitter that Putin had "reassured" him Russia was prepared to ease exports of Ukrainian cereals and ensure exports of Russian wheat and fertilizer.

How is the food crisis affecting Africa?

More than 44% of wheat consumed in countries on the continent comes from Russia and Ukraine, according to UN figures. Wheat prices have soared around 45% as a result of the supply disruption, according to the African Development Bank.

The UN has warned that 18 million people are facing severe hunger in the Sahel, the part of Africa just below the Sahara Desert where farmers are facing their worst agricultural production in more than a decade.

Another 13 million people face severe hunger in the Horn of Africa region as a result of a persistent drought.

The global food crisis will worsen "because the British and Americans have imposed sanctions on our fertilizers," Russian President Putin said after meeting Sall.

Russia blamed Western sanctions, which were hitting its own grain and fertilizer exports because of the impact on shipping, banking, and insurance.

Moscow controls much of Ukraine's access to its Black Sea ports, but it continues to blame Kyiv and the West for the resulting blockage in grain exports from the country.

Putin denied that Russia was blocking ports, saying it was a "bluff."

"If someone wants to solve the problem of exporting Ukrainian grain - please, the easiest way is through Belarus. No one is stopping it," Putin said. "But for this, you have to lift sanctions from Belarus." Belarus and Russia are allies.

Sall, too, blamed the West's sanctions "we no longer have access to grain from Russia and especially fertilizer," which he said was crucial for Africa's "already deficient" agriculture.

"That really creates serious threats to the food security of the continent," Sall added.

The German government has rejected suggestions that sanctions and not Moscow's war in Ukraine are to blame.

"The danger is very big that Russia will try, that President Putin will try to establish a narrative that it's the West that's responsible for the famine threatening Africa,'' Foreign Ministry spokeswoman Andrea Sasse said.

"This is a narrative that we want to strongly resist,'' she added.

She said the threat of famine in parts of the world was "a result of the Russian war and not the result of Western sanctions.''