UN Photo/Ilyas Ahmed A Member of Parliament from the Somalia Federal Parliament casts her ballot during the first round of the 2017 presidential election (file photo).

EDITORIAL: At last Somalia’s presidential elections are to be held on May 15. And it feels, not just as if a monkey has been removed from our backs, but like a vessel that has finally found a heading after getting its compass rights.

It could be a new dawn. Or it could be another round of mess. For Somalia, an election, a quick transfer of power, peace, and a new plan to rebuild the country is all we need. Yet politicians may still ruin it.

Any Somali citizen, of course, is welcome to contest. But this contest should not just be an arena for toy boys. So here is a guide to everyone seeking to run in this presidential polls:

· Sell your policy, not insult: Politicians will try to undercut one another. They may dig into each other’s successes, failures, or in-betweens. They may use their social media apparatus to amass trolls against their opponents. And yet they will hope that that will guide them to victory to lead the highest office in the land. We prefer those who can sell alternative policies, and better ideas not insult. We will vouch for those who bring a sense of national unity, those who will whip our patriotic sense. We will accept those who can promise to rebuild our country by turning it away from the wrong course we have been over the past five years. Somalia no longer needs leaders whose only claim to fame is to hit opponents below the belt for short-term gains. Our country may not have universal suffrage, but the elections mean much more to the ordinary folk than the elites.

· Somalia’s immediate needs must dictate campaigns: Somalia is heading into an election it should have been done with more than a year ago. And yet we are here holding our fingers crossed, not knowing what the election will spring forth. Surprises aside, Somalia’s needs have grown dire as the incumbent grew more lame-duck. If anything this delay has taught us, it must be that we cannot afford another delay in the future, where a sitting President struggles to justify his existence, and where his legitimacy is so eroded the country’s crises remain unresolved. So, for that, Somali politicians heading into this fight must know the immediate needs to be tackled. Those are urgent security situations to be dealt with. The outgoing President undid his promise to end the Al-Shabaab nightmare. Instead, it grew legs and wings and became a snowballed virus within his own government. Somalia too needs a new constitution to define roles, terms, and penalties. Somalia needs to complete IMF reform guidelines which will require sober heads. We believe politicians with myopic visions must stay away from the race.

· Show us why you need to be president: Somalia may be a weak institution. But even it has a bad reputation or tradition. Presidents who fail are often ejected for their misdeeds. This should be a lesson for all contenders: What you did well in the past will stay you in good stead today. As such, the tradition around here is that you won’t struggle to sell your face to voters as long as they can see you as a better Somali who helped build a small hut and can hence construct the national mansion. Somalis have formed this culture of rejecting leaders who renege on promises in the past. It should be easy for all political contenders that the same marking scheme will be returned to determine who gets into Villa Somalia.

· You will need money: Somalia’s politics may seem simple: just a bunch of 329 legislators sitting in a tent elect a president after hearing pitches from contenders. Yet this lack of universal suffrage has meant that clans, elites, and money fuel or curtail favorites. This term, the conditions are such that candidates must file applications with a cheque of $40,000. Then convince 20 legislators or more to endorse their respective bids. Once you do that, probably by bribing or dangling jobs, you have to persuade other MPs to back you. If you gain less than 20 votes in round one, you drop. So it may even be easier, though more expensive, for you to convince opponents to step down for you ahead of the race. That is why we expect that nondescript candidates who have shown interest will just pull a plug on being paid out or on sensing defeat. This is why no one should declare themselves candidates yet. We will consider runners as candidates once the presidential electoral task force has vetted and approved the applicants. The way it is, it is going to be tough. But at least it could help us isolate serious contenders from also-rans.

· This is a Somali election, but foreigners are interested too: We may shout on top of our roofs about sovereignty and non-interference. In truth, until the polls are fully funded by local budgets and guarded by security agents we can pay well, this is always going to be a foreign job too. The European Union and partners are paying most of the budget and the African Union troops are backing up security. That is the formal external involvement. There is another hidden hand though: The foreign agents bringing in dirty money to oil candidatures of those they want in power. In 2017, we faced the same dirt. And it made campaigns expensive, dirty, and susceptible to corruption. If you see elections just as dirty this time, it could well be another round of money bags coming in. 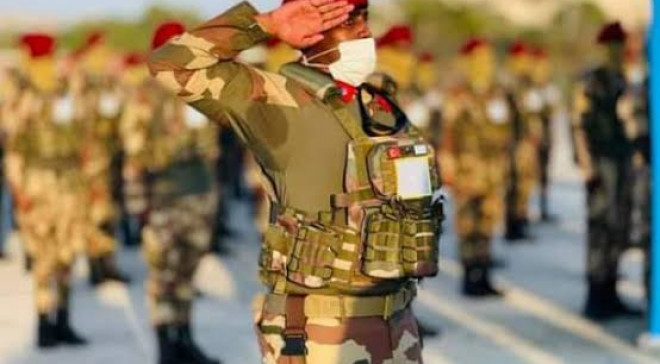