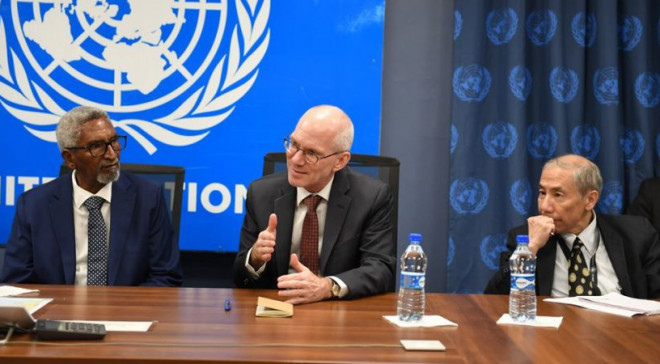 EDITORIAL | Somalia is once again facing a prospect for a political agreement after yet another meeting was organized for Wednesday this week at the well-guarded Mogadishu's Aden Abdulle International Airport.

Yet there is little, if cautious, optimism going into this meeting. For one, there was confusion after President Farmajo organized a parallel, but partial, meeting with his Prime Minister Hussein Roble, Benadir Governor Omar Filish and presidents of Hirshabelle, South-West, and Galmudug.

There is no problem with the meeting if it was a mere tête-à-tête between political allies. After all, many other politicians have held such, lately. However, if the intention is to engineer a coup at the conference encouraged by the International Community, there are all dangers printed all over it.

For one, it could depict Farmajo’ s apparent tendency to drive a wedge between stakeholders, denting any fragile trust that may have built ahead of the meeting.

Second, what would be the outcome of a partial meeting? If the intention is to reach an electoral agreement; it would already violate calls for a universally agreed election. And it could prove accusations already raised against Farmajo; that he won’t relent until the end-result favours him.
This takes us to the role of international donors.

There can be no gainsaying that Somalia’s international partners and partners have supported the country in many better ways. Security training, humanitarian aid scholarships and institutional building are areas we have seen and commended.

On elections, however, Somalia’s key donors seem to have dug their heads in the sand or gave subtle support to an incumbent to continue attempting to bend rules for his own.

President Farmajo’ s term expired more than seven weeks ago. At the moment, he lacks any ounce of constitutional protection, other than the provision in a parliamentary motion passed last year to allow incumbents to stick around, in the hope that elections would be held in time.

For all their good support, the donors must first clarify the role of Farmajo. Given the expired term and the continual roiling of planned electoral talks, Somalia’s partners must say for sure if he is treated as an incumbent or a candidate. For the latter, it will mean every other candidate must be allowed to take part in the talks.

At the risk of sounding biased, we think there was a credible sting in a statement issued recently by the National Salvation Council. Formed this week from a grouping of more than a dozen presidential candidates, leaders of Puntland and Jubbaland and chaired by the Speaker of the Senate Abdi Hashi; the group said this week there must be clarity on Farmajo’s role and whether they can take part in the talks.

We encourage the donors to listen to these issues raised by the Council. Instead, the donors rallied pressure, falling short of threats to have everyone take part. The US Embassy said Farmajo must ensure “full participation” of stakeholders but called on Puntland and Jubbaland leaders to enter the talks without any “preconditions.”

We agree that everyone should attend. We, however, reject pressure that seems to victimise stakeholders as spoilers and dismissing their complaints simply as preconditions. There will be no need to enter discussions that will seem pre-arranged. In fact, such a move risks producing another broken record, and a longer uncertainty on elections.

Despite having been President for four years, Farmajo failed terribly in uniting the country. Instead, he bickered with Federal state leaders in an apparent supremacy battle. And the donors did not help much.

By refusing to engage with Puntland and Jubbaland on key development issues, they undoubtedly alienated these states and left them to look out for other partners. Today, it is clear these states fell detached, even unmoved, by what the US and European countries might say. Pressure on them this time seems to be a misguided tool to use.

The international partners should have adopted a carrot, not a whip.

These federal states recognise they are a part of Somalia. But Somalia is also structured in two levels to ensure a more stable administration of the country, allowing a two-tier security architecture. Yet there is a mutual mistrust between the federal government run by Farmajo and Puntland and Jubbaland.

In the past four years, these two states accused Farmajo of trying regime change in their areas. And seeing how the federal government bulldozed through Hirshabelle, South-West, and Galmudug elections; they grew more suspicious.

When they travelled to Mogadishu ahead of the meeting, curious watchers may have seen how armed their guards were. Puntland presidential security teams disembarked with sub-machine-guns, bazookas and other short-range heavy weapons. That would be unnecessary if there was trust with the FGS.

We welcome the decision of the African Union Mission to guarantee security at the airport venue. But there is more that partners must do. The European Union High Representative Josep Borrell on Tuesday called on parties to engage, agree on timely elections and “peaceful transfer of power”, warning delays affect the peace programme.

Mr Borrell did recognise that “when individual priorities prevail over the general interest of the country, political leaders discredit themselves to represent their citizens.”

Indeed, we agree that those who undermine the dialogue or resort to the use of violence will be exposed to measures and will face the consequences of their actions.

Similarly, donors must stop subtle support for an incumbency dragging its feet beyond its term, and preventing the country from granting a new mandate to leaders to take the country forward. To do that and term others spoilers amounts to speaking at both ends of their mouths. 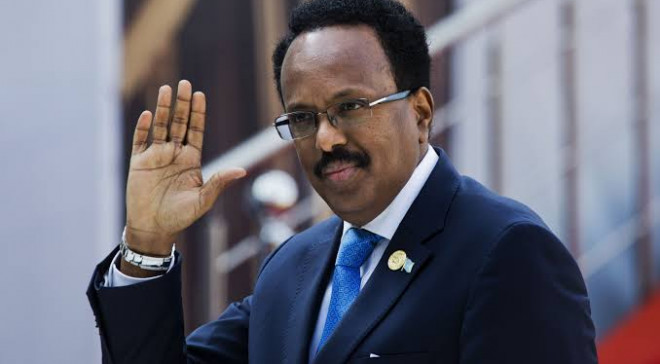 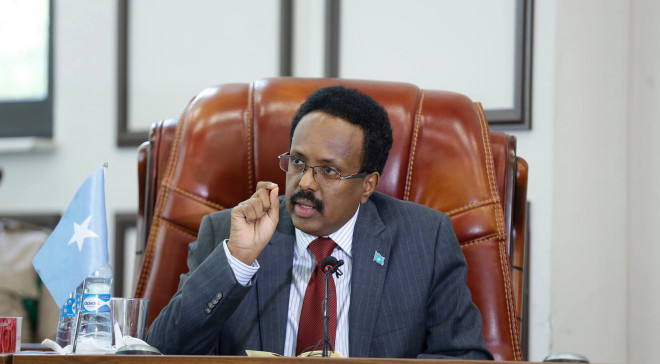 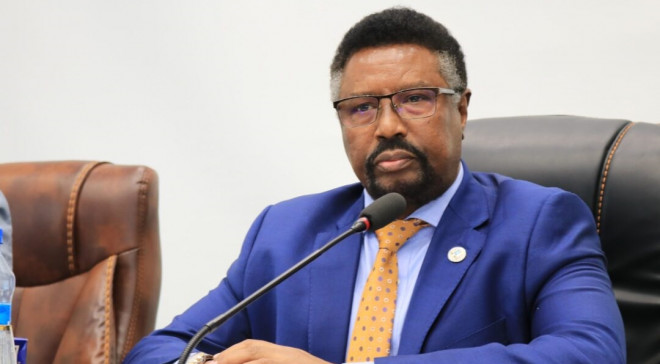 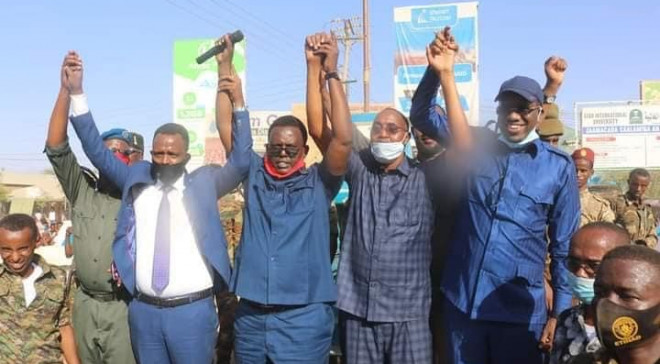 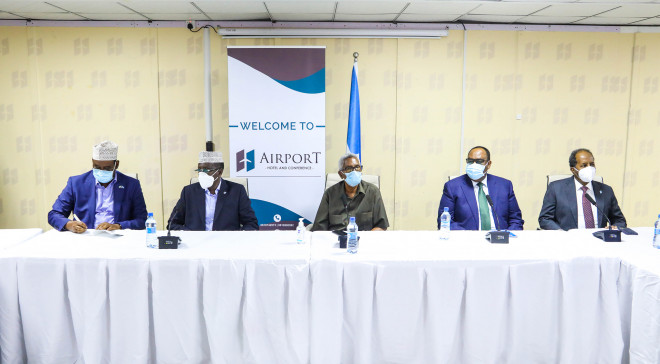