INTERVIEW: Somalia will be the 8th Member of EAC by mid 2023 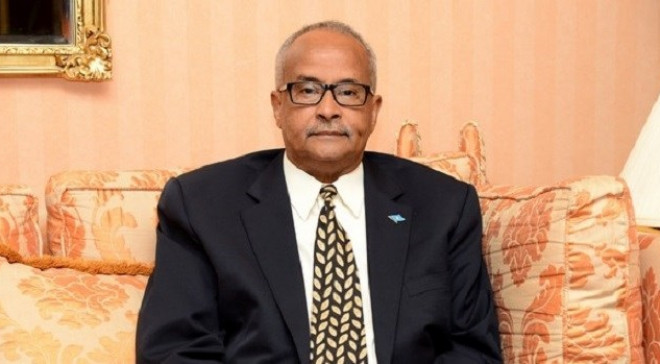 NAIROBI, Kenya - The bid to have Somalia nation becoming the 8th member of the East Africa Community seems to be the right track, as all members are eager to have the country with the longest coastline as part of the -EAC trade bloc which is a billion-dollar economy.

What prompted the idea of Somalia joining the East Africa Community?

Envoy: As a country, we are geographically located within the African continent, our people are living and working within the EAC region and hence the need to belong to a particular trade bloc also aspired the leadership of the country to embark on the process of having the country become a member of the trade bloc.

As per the latest report from KPMG auditing firm, Somalis living in Kenya alone contributed about $2 billion to the economy, hence we believe that with this kind of economic prowess among our citizens living across the region we can stand at a better position to drive growth within the region and also create jobs for the massive youth population.

Highlight the requirements needed for a country to join the EAC trade bloc.

Some of the key aspects or requirements for a country to become a member of any trade bloc, are like geographical location which as a country we are part of east Africa.

We share the common ideology from our political system, and governance with the people themselves, it is one big family.

The same economic model used within the region is similar to what we practice in Somalia. As a country, we are not aiming to add the numbers, but we are bringing an economic advantage to the trade bloc.

We have the longest coastline in Africa- the Indian Ocean/Red Sea route that links the region to the Arabian Peninsula which is a vibrant economic zone.

Has Somalia met the process or stages required to be a member of EAC?

Envoy: The verification process is over and the team will be meeting tomorrow to further verify their findings during the visit to Mogadishu.

We expect that this will be done by early next month before the report is forwarded to the EAC foreign ministers for approval for full membership.
Once that is done then during the EAC special summit we can be fully welcomed as the 8th member of the bloc, which we all know will be the mid-this year.

The president of Somalia paid a visit to Tanzania, late last year and requested the EAC to Fastrack the process of joining the EAC region, what's your comment on the visit?

The president understands the economic value this membership has for the country of Somalia. We can all recall president Mohamud’s first attempt to join the EAC was during his first term in office back in 2017.

The move was denied because we did not have strong institutions but now we have made a great step towards growing our institutions and we are almost winning the war on terror. Kenya is leading other EAC members in pushing to have Somalia as the 8th member, I must thank both former president Uhuru Kenyatta and current president Dr. William Ruto for the support they have offered toward a peaceful Somalia.

Both Kenya, Burundi, and Uganda have joint forces in Somalia who are helping our national army in the fight against the Al-Shabaab.

What are some of the benefits Somalia may achieve by joining EAC?

Envoy: As a country, we cannot wait to be the 8th member of the EAC trade bloc because we tend to gain economic, and intelligence sharing which is key in the fight against terrorism, education, and the health sector.

Our people will gain from the various opportunities that are within the EAC region and this is the desire of the president of our great Somalia.

The five landlocked states also stand a chance to invest in Somalia’s ports to better their international trade hence this will create job opportunities not just for the people of Somalia but the entire citizens of the bloc.

Which Criteria EAC uses to admit a new member into the trade bloc?

Envoy: For a country to become a member of the EAC trade bloc, then will have to make a formal application which will undergo scrutiny by a team of EAC secretariat that comprises; Political, legal, Economic, and sector experts and representatives from the existing partner states.

The EAC secretariat will embark on a review mission by visiting the country whose application has been received.

Here they mainly check the current status of the Country in international law; they also need to establish the level of conformity with the
criteria for admission as provided in the Treaty (Article 3(3) of the EAC constitution. Establish readiness for a country to Join the East African Community:

This is the most critical stage in which most countries tend to fail. Normally here, the secretariat will seek to find out the acceptance of the community as set out in the treaty; These acceptance criteria are; principles of good governance, democracy, the rule of law, observance of human rights, and social justice

Potential contribution to strengthening the integration with east Africa;

Geographic proximity and interdependence between ad the partner states. Establishment and maintenance of market-driven Economy Social ad economic policies being compatible with those of the community.

After the verification stage

The Verification Mission will prepare a report and submit it to the EAC Council of Ministers for consideration or approval ./If the summit decision is positive, negotiations begin on the ratification of the treaty and the new applicant can now be a full member of the EAC trade bloc.

At the moment the secretariat is working on the report which will be ready by early next month.

Abdusalam Omer, presidential special envoy for East Africa Community has also revealed that the findings from the secretariat team seem to be good books and it's just a matter of a few months before the country will be a full member of the EAC trade bloc.