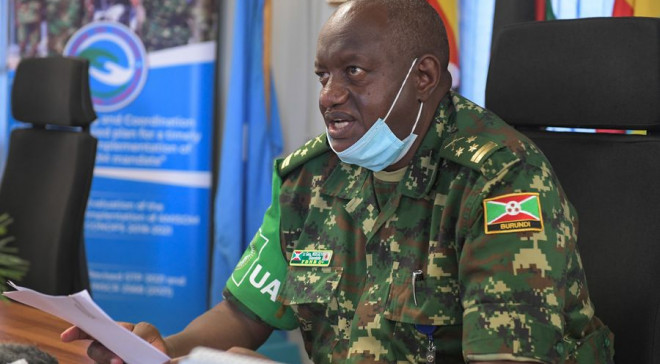 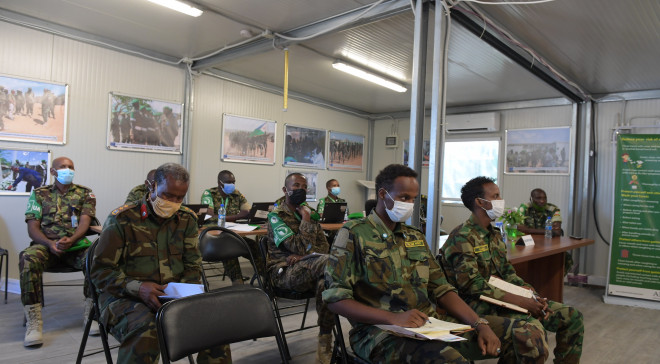 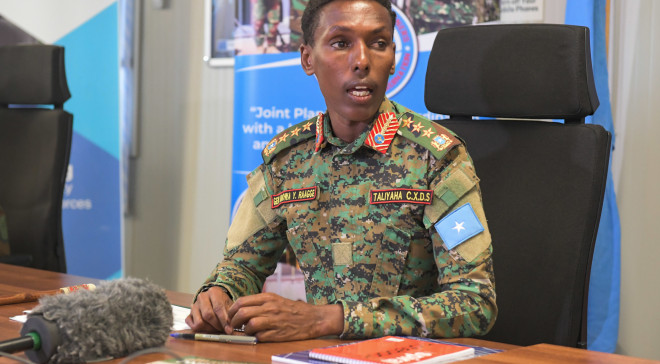 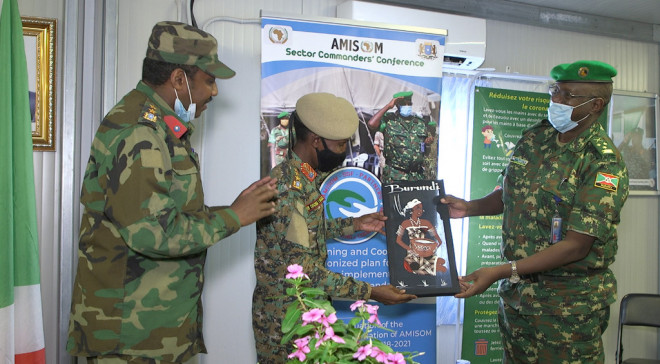 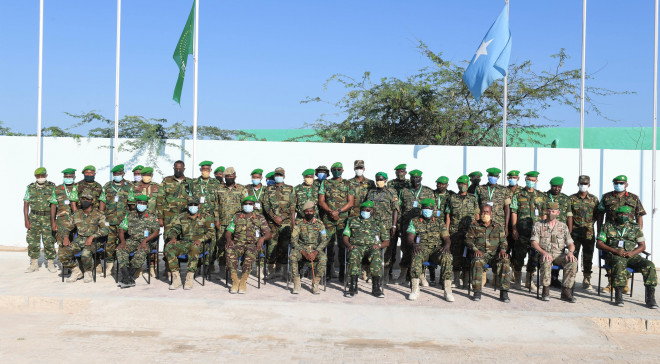 MOGADISHU, Somalia - A two-day meeting to evaluate security sector gains in Somalia has ended in Mogadishu, the capital, with the African Union Mission in Somalia (AMISOM) and the Somali National Army (SNA) agreeing on strategies for Somali security forces to take a lead role in security operations going forward.

Attending the meeting were representatives from the Federal Government of Somalia (FGS), military commanders from the Somali National Army (SNA) and AMISOM, as well as officials from the United Nations Support Office in Somalia, the UK Mission Support Team, and several of Somalia’s international partners.

“The conference marks an important milestone in the roadmap towards peace and stability in Somalia, where Somali security forces are to assume a leadership role in their own security operations, as laid out in the Somali Transition Plan (STP),” said Ambassador Madeira, the Special Representative of the Chairperson of the African Union Commission (SRCC) when he officially opened the conference on Wednesday.

The Somali Transition Plan is a key deliverable in the AMISOM mandate agreed upon in December 2017, when the Federal Government of Somalia and the international community agreed on a conditions-based transition plan to enable Somalia to assume full responsibility for its security.

Held under the theme “Joint Planning and Coordination with a Harmonized Plan for a Timely and Effective Implementation of the AMISOM Mandate”, the conference evaluated progress on the implementation of the AMISOM Concept of Operations 2018-2021, discussed the harmonization of military operations and plans, joint planning and coordination, the revised STP 2021 and the United Nations Security Council Resolution 2568(2021).

“I want to express my commitment to all the plans we have agreed upon and make it clear that SNA is committed to implementing its part as agreed. I call upon the sectors to take seriously the reconfiguration synchronization matrix and put in action all its recommendations so that we can achieve our harmonized plans,” said SNA’s Chief of Defence Forces, General Odawa Yusuf Rage, reiterating that his forces, with support from AMISOM and other partners, have been building capacity for the eventual take over of security responsibilities from AMISOM.

The conference ended on Thursday with a resolution to follow a harmonized plan that all sectors of AMISOM and the Somali security forces will jointly implement, guided by the revised Somalia Transition Plan 2021 and the United Nations Security Council Resolution 2568.

“We are closing the conference having deliberated and reached a common understanding on the harmonized plan. I urge all the sectors to embark on its implementation along with the AMISOM mandate. You have to establish as soon as possible the AMISOM-SNA joint planning and coordination cells within your sectors, and ensure that they are fully operational,” said AMISOM Force Commander, Lieutenant General Diomede Ndegeya, while addressing the sector commanders who joined via an online link from their bases across Somalia.

“I call upon sector commanders to continue to degrade Al-Shabaab and other armed opposition groups, and secure the main supply routes and key population centers by conducting joint operations with Somali security forces,” the Force Commander added.

“The months ahead will be crucial in the implementation of the decisions we have made together during this conference. As the mission gets into the next phase, where AMISOM is expected to gradually transfer security responsibility to the Somali security forces, joint planning and coordination, as well as harmonized force reconfiguration will enable the mission to maintain operational effectiveness, thus, we can timely and effectively respond to threats within our area of responsibility,” said SRCC Madeira in his closing remarks. 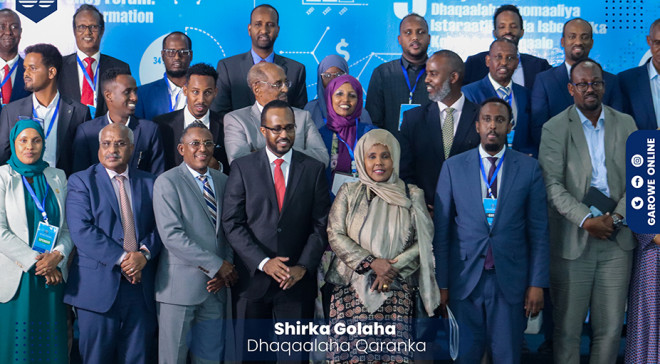