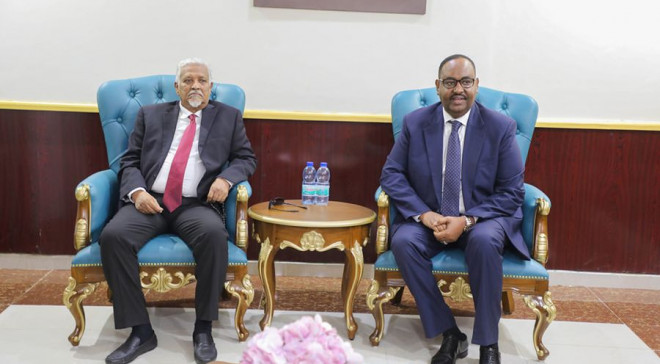 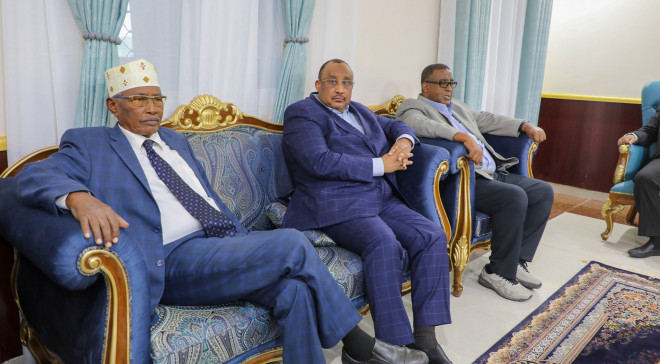 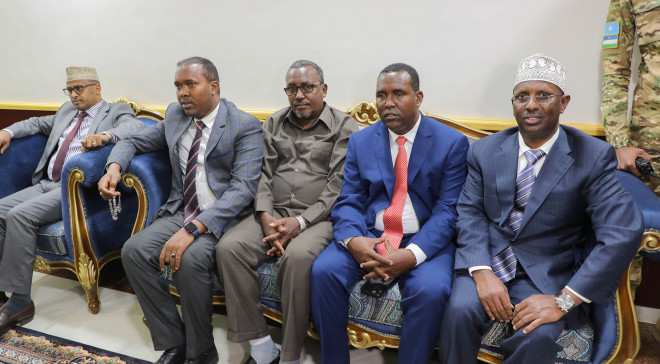 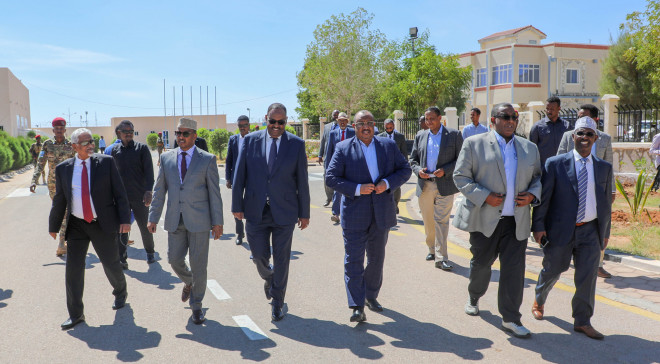 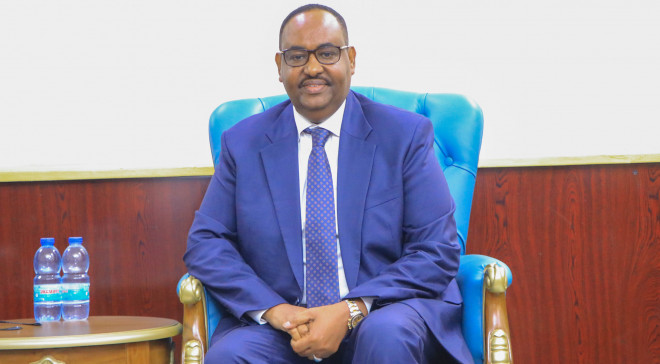 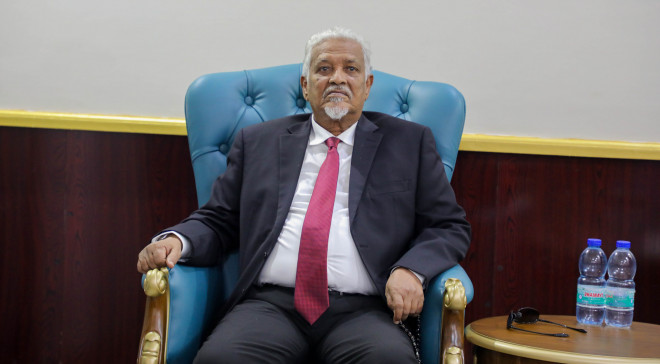 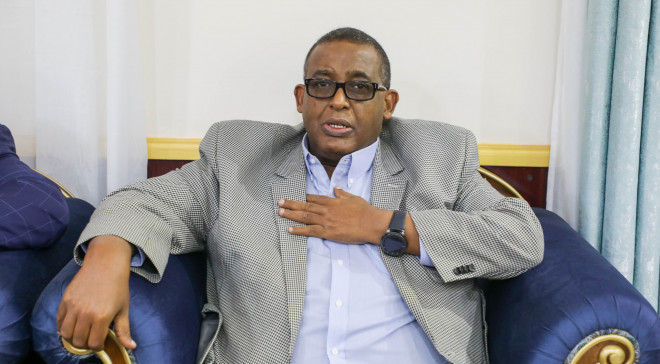 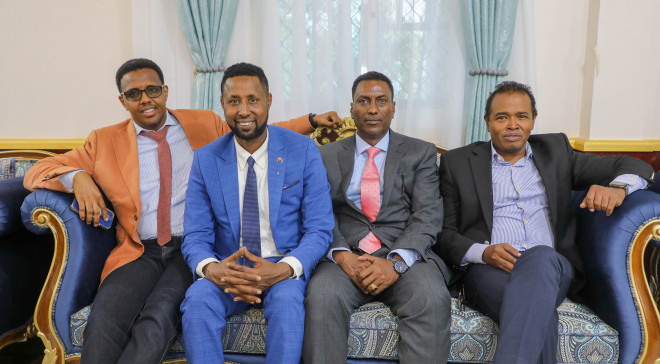 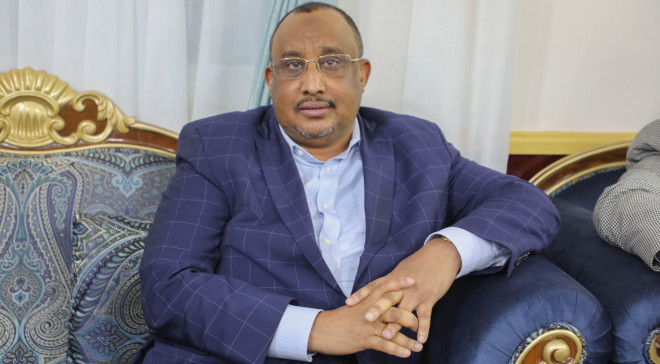 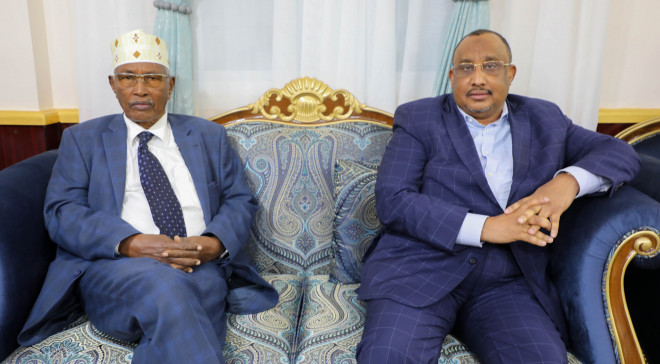 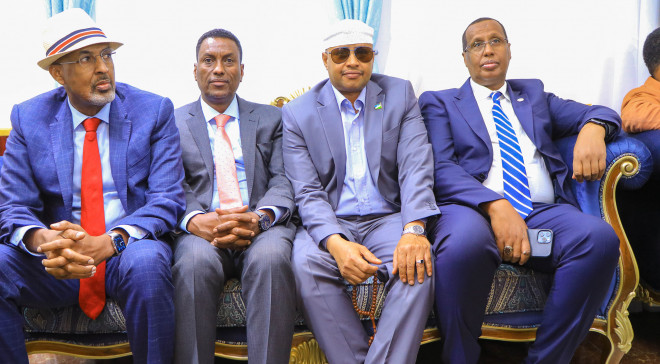 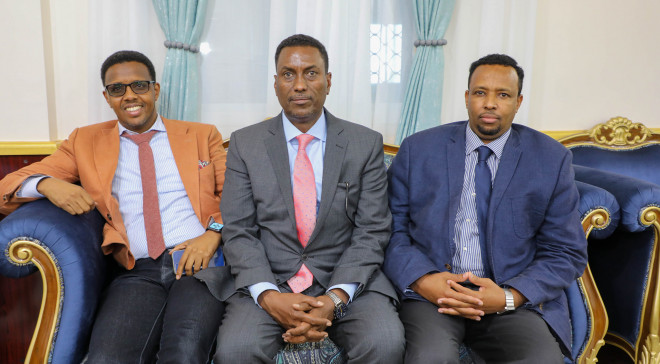 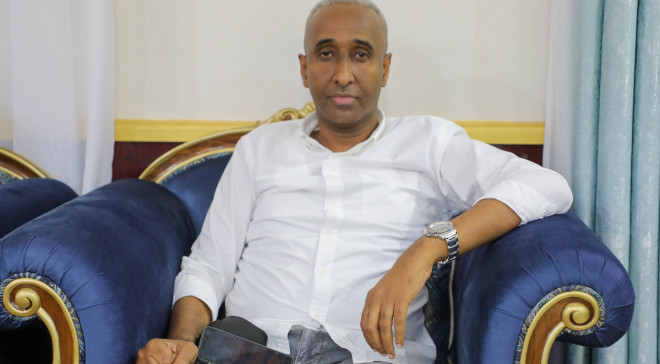 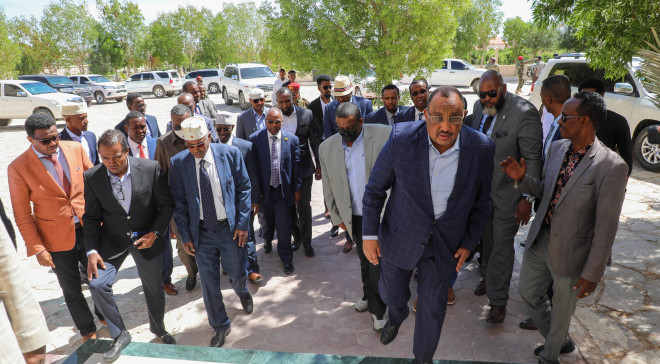 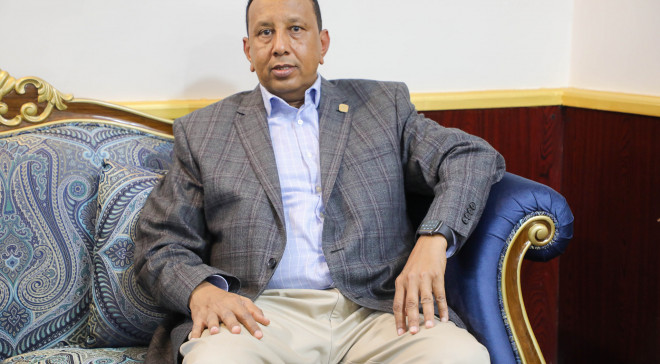 GAROWE, Puntland – On Saturday, different delegates from within the country and abroad have reached Garowe, Puntland capital after president Deni called for peace talks in the Bossaso conflict.

Former presidents, PM, prominent politicians, elders, and other officials are on a mission to mediate the standoff over PSF leadership that led to three-day deadly clashes in the port city that leftover 20 dead.

Puntland President Said Abdullahi Deni had a lunch meeting with the delegations at the Presidential Palace in Garowe, the capital of Puntland State of Somalia, and discussed ways to resolve the Bossaso war.

The arrival of the officials came after Deni last night said he was ready for any solution through dialogue after growing calls to bring an end to the hostilities in the commercial city that displaced many people.

A multi-party delegation is set to travel to Bossaso to meet with PSF officials, including the ousted director Mohamud Osman Diano, who was fired last month in the coming days or hours.

Reports from Bossaso indicate that some families who were previously displaced by the conflict have returned to their houses today after facing hardships, including lack of shelter, water, and food outside.

The U.S., which supports PSF and the Federal Government has called for an immediate ceasefire and a return to dialogue to find a negotiated, peaceful resolution in Bossaso, the Bari regional capital.

Deni had appointed Mohamed Amin as the new commander of PSF, leading to efforts to solve the dispute, to avoid division within PSF.

"Continued fighting will only inflict further harm on Bossaso and its people," said the U.S. embassy in Mogadishu during the battle.