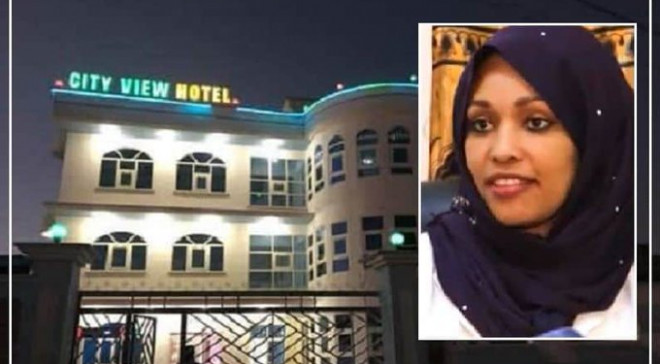 GAROWE, Puntland - An Ethiopian doctor on Wednesday night attempted to commit suicide in Somalia's Puntland state, an incident that sent a wave of shock among the local residents.

Dr. Nadia Omar, an Ethiopian gynecologist, was seriously injured in Garowe after she threw herself from the top floor of the City View Hotel in Puntland's capital Garowe, in an incident that left police investigating her motives.

The female doctor from the Amhara region of Ethiopia is a Muslim doctor and married to a Syrian-born doctor with Turkish citizenship, Mohamed Abdihamid, who specializes in gastroenterology, initial reports established by Garowe Online indicate.

Dr. Nadia left her job at Garowe Hospital earlier this year as a gynecologist. During her operations in Qaran hospital, she carried out medical operations, including major surgeries, all of which were successful, according to Qaran Hospital management.

Garowe Online spoke to some of the staff of the Hospital and said that the woman has not worked for some time due to her health but she was in Garowe to live with her Syrian husband.

The security agencies in Garowe are investigating the cause of the accident before actions are taken by the state. This is one of the most recent incidents which happen in Somalia and its move remained unestablished.