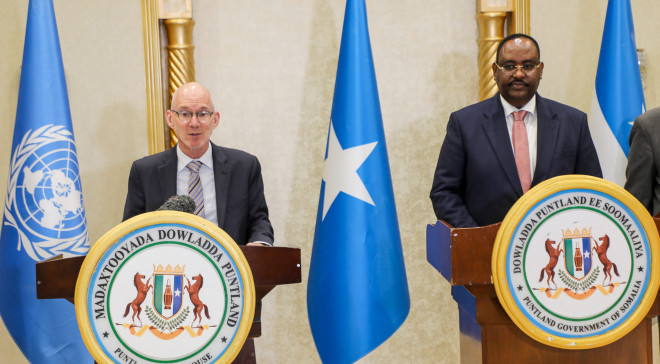 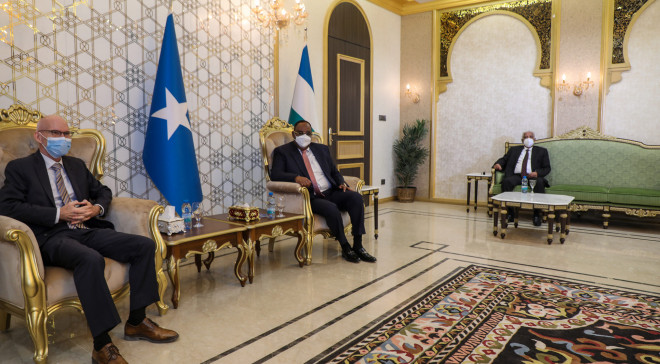 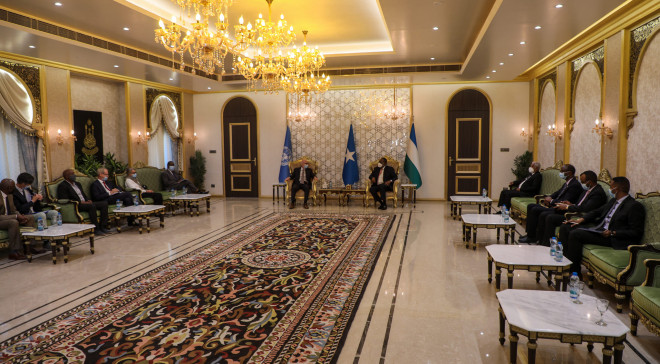 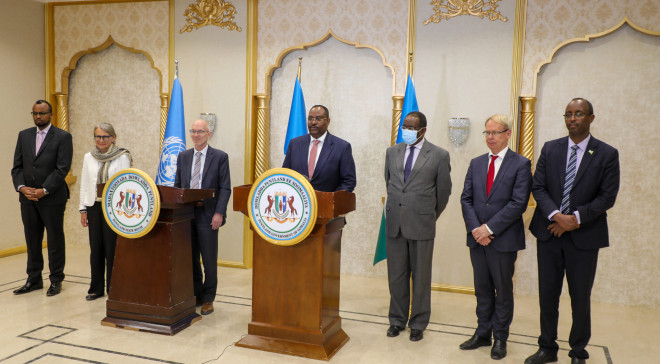 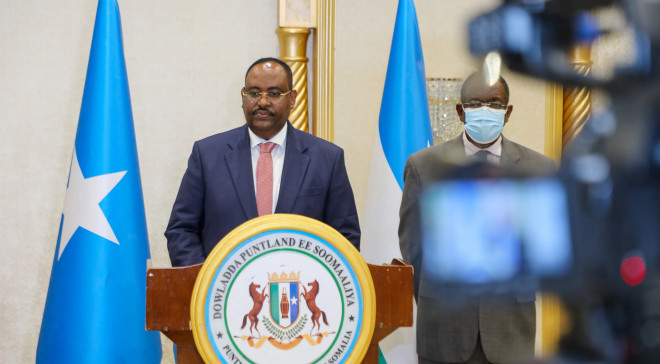 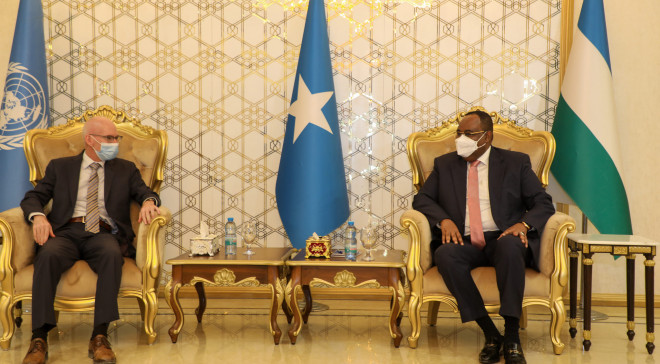 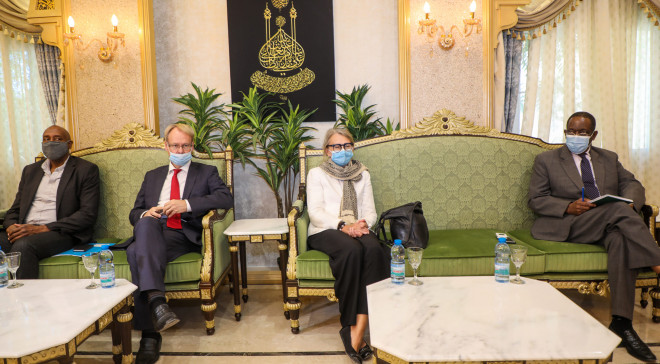 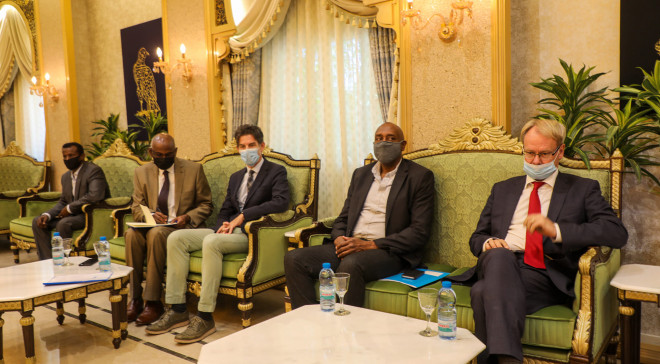 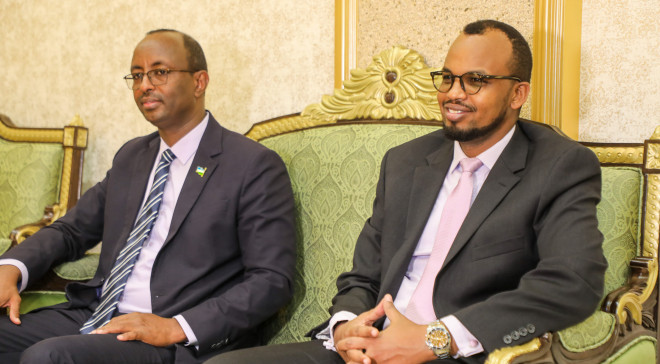 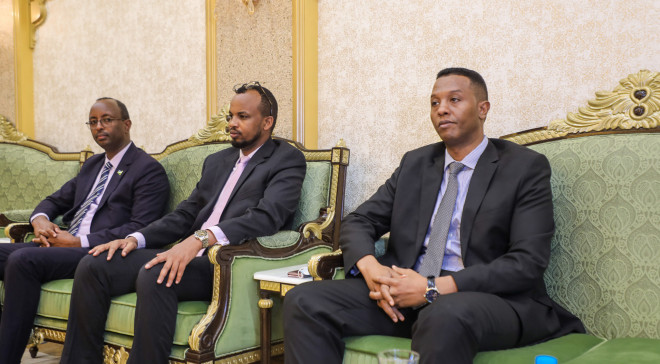 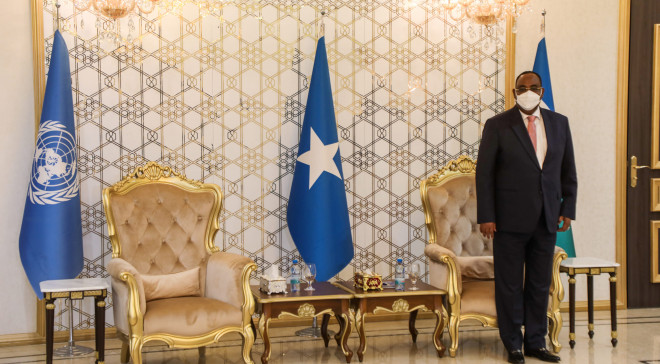 GAROWE, Puntland – The international partners shared with Puntland president Said Abdullahi Deni their concern about the risks that the ongoing political dispute may pose to the poll process.

Today’s visit is the latest Somalia’s international partners have had with the country’s Federal Member State leaders, and it reflects our regular contact and cooperation as we collectively seek to support Somalia on its path to greater stability.

“In our meeting with President Deni and his cabinet we discussed local and national issues, with a particular focus on the upcoming Puntland and Federal elections,” said UNSOM in a statement.

If completed successfully, the foreign diplomats said the direct local elections would be an important step in showing the feasibility of ‘one person, one vote elections in today’s Somalia.

On the matter of federal elections, they welcomed Puntland’s completion of the Upper House elections after the state assembly picked the 11 senators in a one-day voting exercise in Garowe.

Deni and the visiting delegation discussed the urgency of proceeding to the next stage of the federal elections, for the House of the People or Lower House chamber of the parliament.

“We shared the international community’s concern about the risks that ongoing political disputes between national leaders may pose to the process,” the statement reads in part.

President Deni and the delegation agreed that Somalia’s leaders must continue to work together, in a spirit of national unity, to overcome differences.

“We urge all to move forward to deliver on their commitments to hold credible national elections on time and in accordance with the 27 May electoral Agreement,” they added.

One important theme that is common to both local, elections and national elections is that of women’s participation. It is vital that these processes respect the right of women to participate fully in all aspects of public life, and that the minimum quota of 30 percent women’s representation is achieved in the House of the People elections.

Finally, they emphasized that during the electoral process, it is especially important to ensure political space for all – through freedom of expression, media access, freedom of organization, and assembly – so that all voices may be heard and count.

President Deni – once again, we extend our thanks to you, and the government, and the people of Puntland for your warm welcome during the partners’ visit on Sunday to Garowe city. 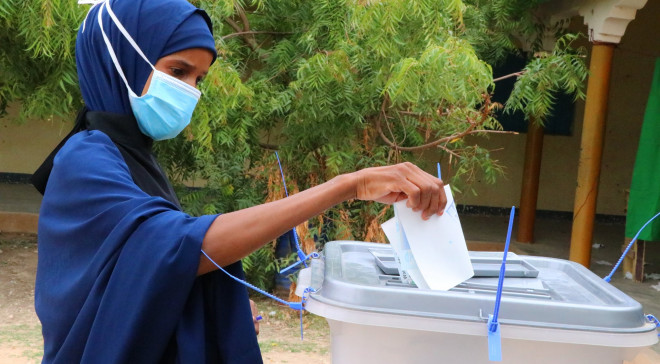 People living with disabilities and the Internally Displaced People [IDPs] have been given a chance to participate in the exercise.

The Muse Bihi administration accused the southerners most of whom originated from the Southwest state of fueling insecurity in the city.