BOSSASO, Puntland - Operations against the much degraded IS-Somalia militants continued in Puntland on Tuesday, with security forces killing fighters belonging to the group, which is confined to the Bari region in the mountains of Golis, northern Somalia.

In a tweet, PSF confirmed that the militants targeted their convoy in Hamure and Balidhidin villages, leaving one soldier critically injured. The troops were conducting operations within the villages in pursuit of the militants.

One of those killed was a bomb maker and another one had a camera with him. One of the videos in the camera had the scene where a bomb blast had targeted security forces and the militants also had explosives in their possession which were confiscated during the operation.

"Two explosions today targeted a convoy of PSF vehicles near Hamure village in Balidhidin, Bari region, injuring one soldier. After quick response by the PSF, with the support of other PL security agencies, ISIS fighters responsible were traced and killed in action," read the statement.

"One of the ISIS fighters was a bomb maker and the other had a camera, meant to produce propaganda videos. One of the videos in their possession was that of the explosion from earlier in the day. Other equipments and explosive materials were also recovered at the scene."

Puntland Security Forces have been intensifying war against militants in recent months, targeting both the IS-Somalia and Al-Shabaab militants, whose presence in the region is minimal. But particularly, it's the IS-Somalia team that has suffered immense losses.

Not long ago, the security forces have killed foreign fighters with IS-Somalia in the Golis mountains. The US military only carried an operation once in the state, but largely, the PSF has taken charge of most areas, flushing out the militants from their hideouts.

Puntland President Said Abdullahi Deni has often announced his commitment to the fight against both Al-Shabaab and IS-Somalia militants. A number of security forces have been trained and equipped in handling terrorism, thus the minimal cases of militants operations. 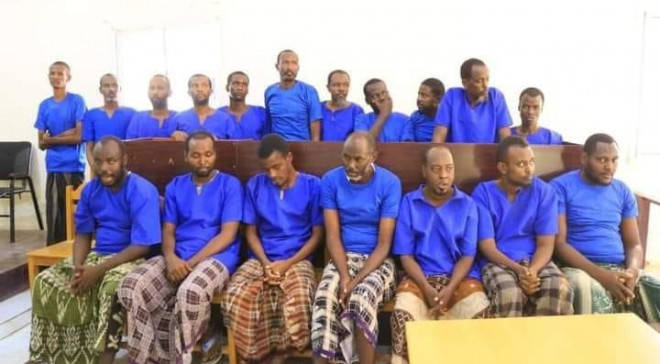