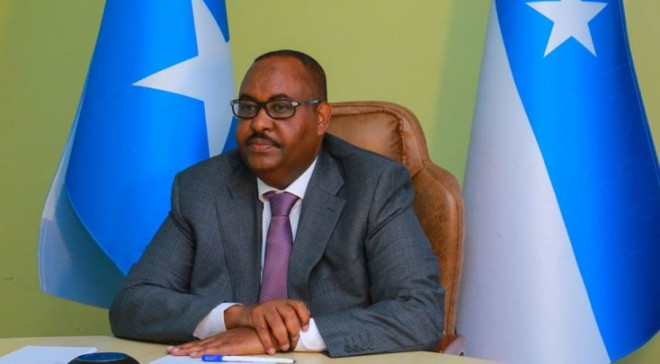 BOSSASO, Puntland - Puntland President Said Abdullahi Deni has sent Bosaso Mayor Abdisalan Bashir home over what State House termed as "financial impropriety" in the latest measure seen as a strategy to improve revenue collection in the coastal city of the state.

Ideally, Bosaso is the commercial city of the state, which is located in northeastern Somalia and is said to be contributing significantly to the economy, along with Garowe, which is the capital of Puntland, a state regarded as the most stable in Somalia.

Reports indicate that Bashir was suspended over non-compliance to the District Financial Management System, which guides the collection of taxes and spending in the state. It's not clear how much money his administration could not account for, leading to the administrative action.

His deputy will now take over the office albeit in an acting capacity, and it's not known when the president will make a substantive appointment. The mayor's office is administrative and Deni has powers to pick whoever he deems fit to continue serving the people.

Curiously, Bashir sacking came hours after he attended a strategic international meeting in the town which among others, discussed issues to do with immigration. It's not clear if he was privy to plans to kick him out of office.

"It was an honor to meet with a delegation led by the Chief Executive of IOM Somalia in my office today. In a joint meeting, we discussed a number of issues, including migration. IOM's work in Bossaso and how to double all," he noted.

His suspension also comes nearly a week after Al-Shabaab militants raided a Bossaso prison, releasing hundreds of inmates, leading to an impromptu trip to the town by Deni. The regional troops managed to kill at least 20 Al-Shabaab militants besides seizing a number of prisoners.