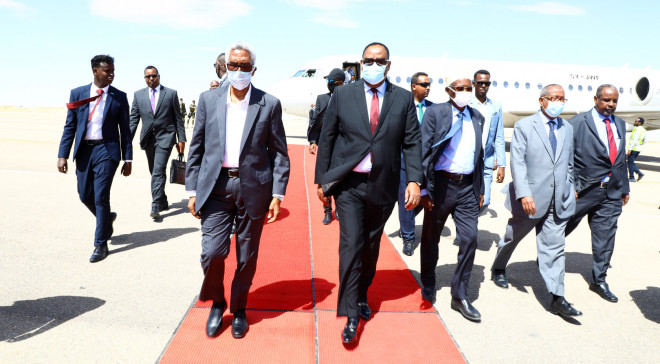 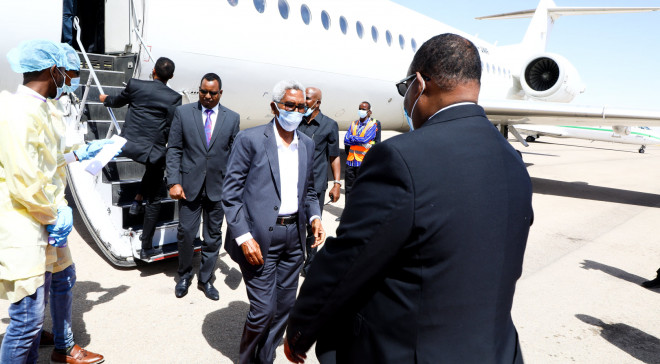 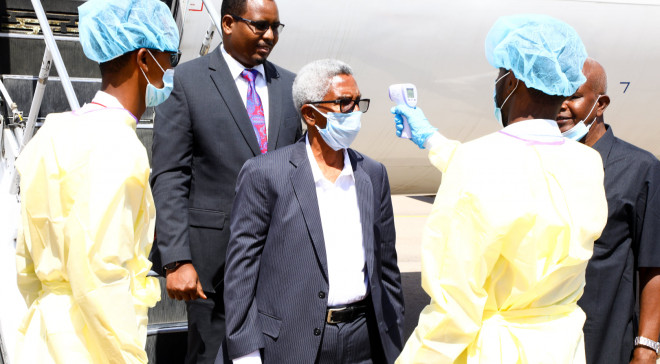 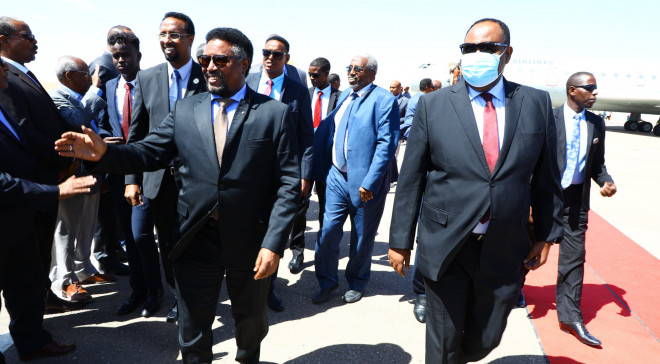 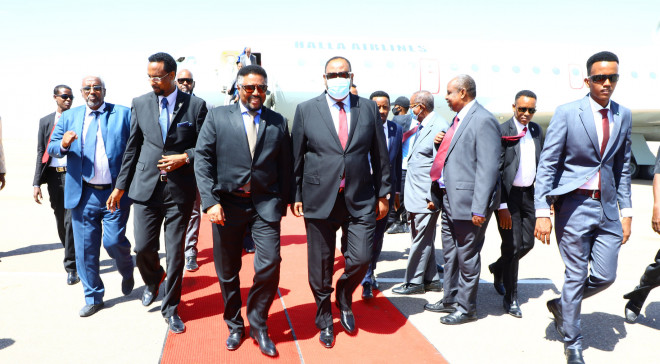 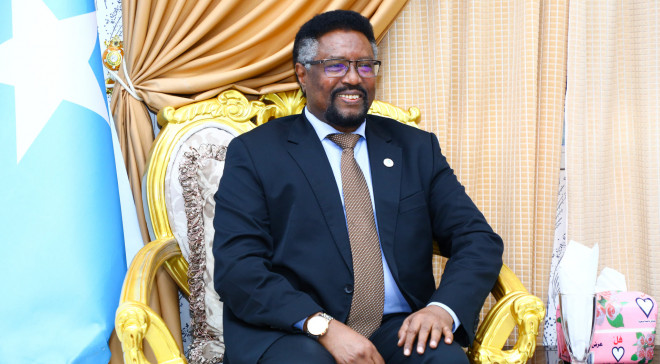 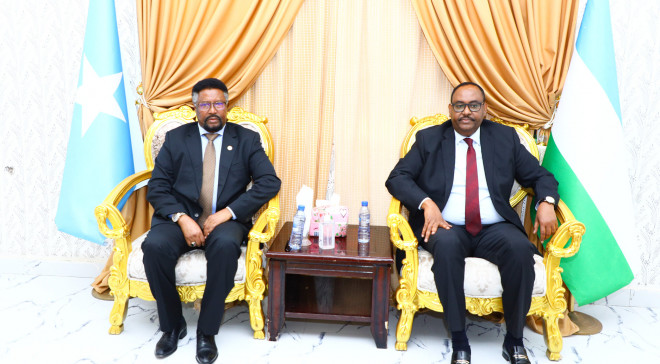 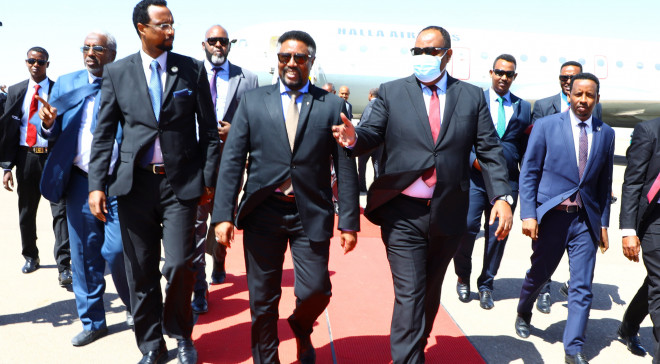 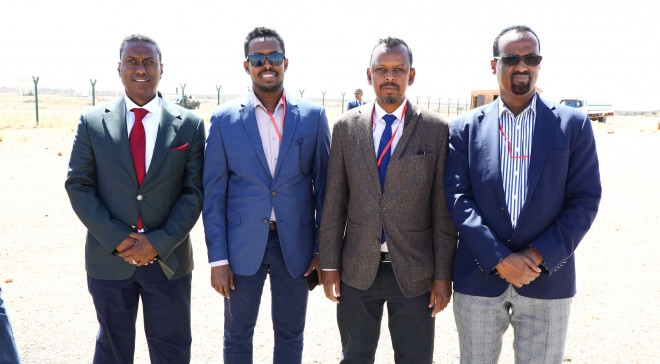 GAROWE, Puntland – Somalia’s northeastern Puntland state has on Saturday received a large number of distinguished guests ahead of the Annual Forum for Ideas 2020, scheduled on the 29th of December.

The 4th forum which is happening for the first time in Somalia aims to foster dialogue among Somalis on issues relating to politics, security, constitution, Federalism, and elections, according to Heritage Institute.

Some 200 participants, including senior Somali government officials, speakers of the Senate and Lower House as well as business people, civic and youth leaders were invited to attend the meeting in Garowe.

Puntland President HE Said Abdullahi Deni has cordially welcomed the speakers of the two chambers of the parliament, along with Senators, MPs, and government officials at the airport on Saturday morning.

This year's theme is: “How Somalia can move out of the protracted transition in 2025”.

The forum comes amid a political crisis in the country that engulfed the 2020-21 elections with leaders of the country in deadlock over the appointment of the electoral body by the Federal Government PM.

No solution on the horizon to end the ongoing wrangles. But the international partners have called on the Somali government and other relevant political stakeholders to resolve their differences through dialogue.

Recently, the leaders of Puntland and Galmudug Deni and Qoor-Qoor respectively announced that will mediate the gridlock with a view to resolving the contentious issues pertaining to the elections in Somalia.

The main opposition candidates boycotted the upcoming parliamentary and presidential polls due to the inclusion of intelligence agents and civil servants in the electoral commission and demanded a neutral election commission.

Their decision further exacerbated the standoff and led to a delay in the election schedule twice this year. The outgoing Somali president Mohamed Abdullahi Farmajo was accused of failing to hold free and fair elections at the end of his four-year term.