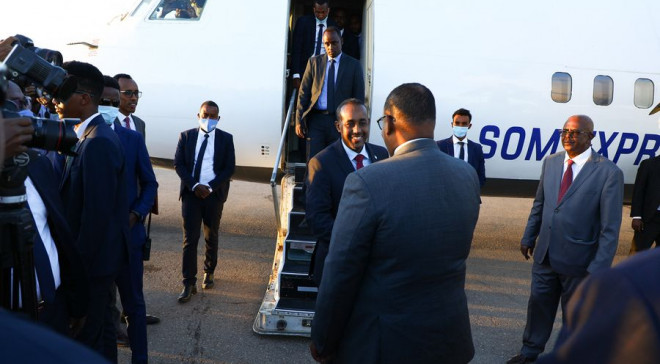 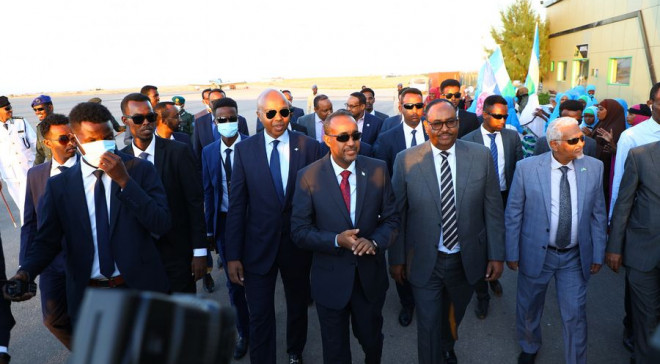 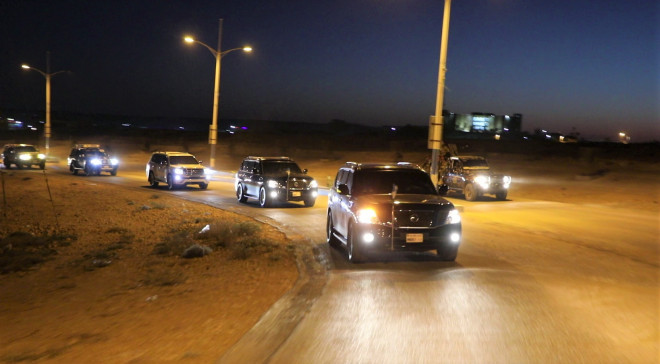 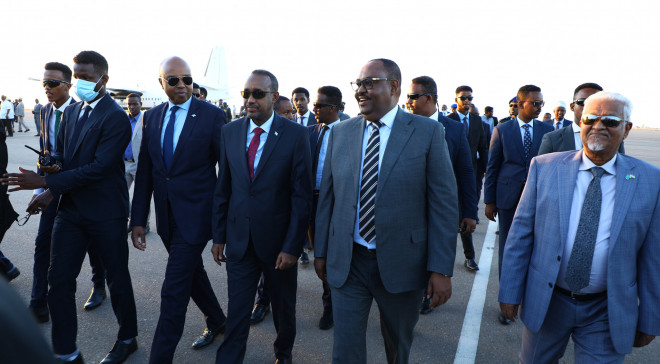 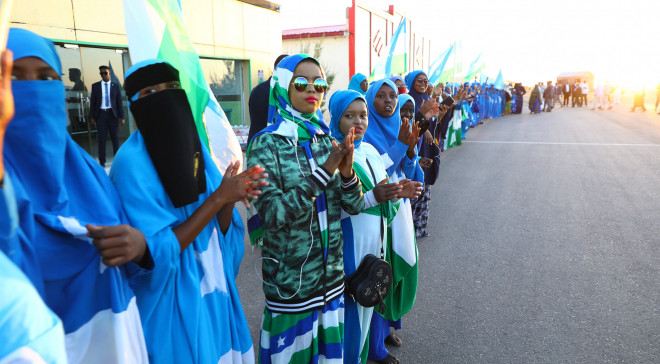 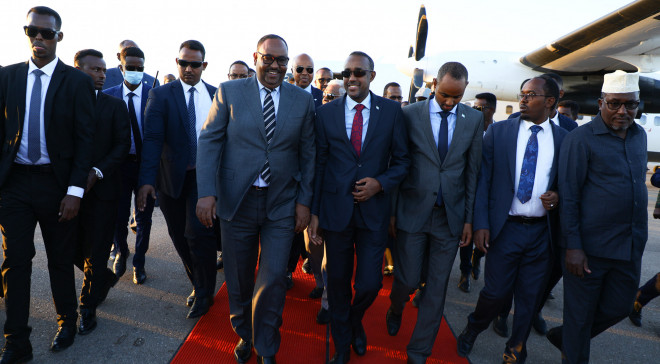 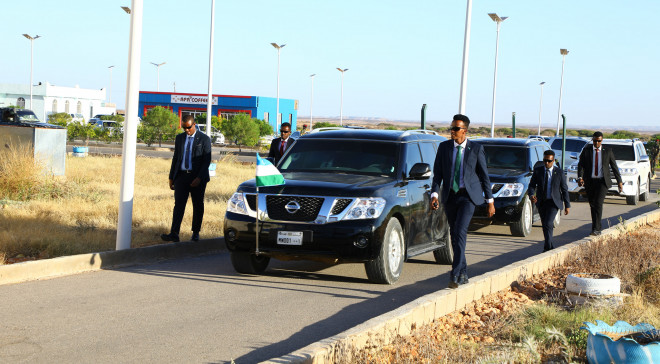 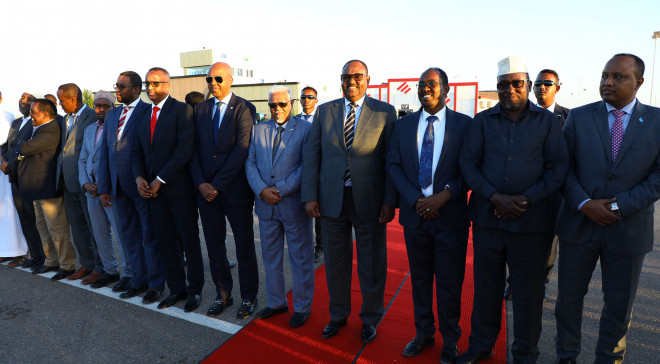 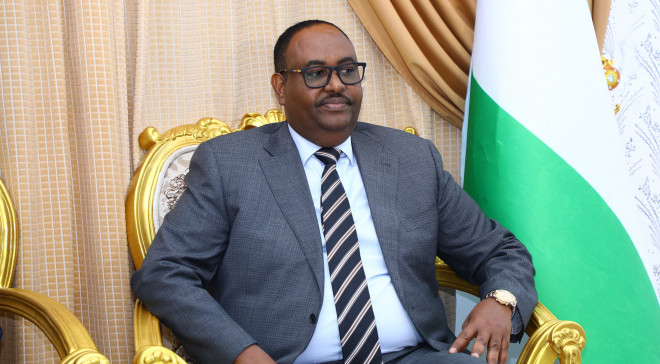 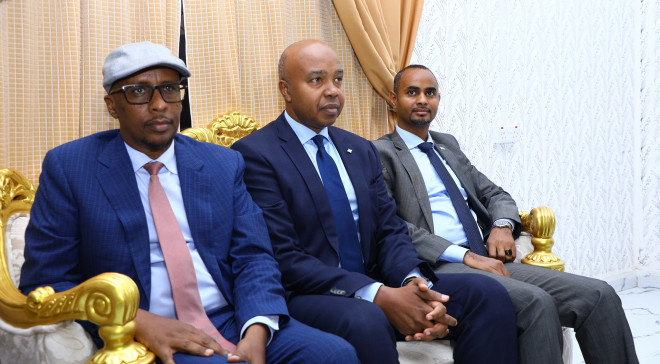 GAROWE, Puntland – The Prime Minister of Somalia Mohamed Hussein Roble flanked by ministers and other senior officials arrived in Garowe on his maiden trip to the country’s northeastern Puntland state.

The PM was accorded a warm welcome at the airport on Friday afternoon by Puntland president Said Abdullahi Deni, VP Ahmed Karash, cabinet members, state lawmakers, and many flag-waving residents.

Speaking to the local media at Puntland State House shortly after his arrival, PM Roble has thanked President Deni, the government, and the public at large for their great reception given to his delegation.

During my stay in Garowe, the premier is expected to hold talks with Puntland leadership over the current stalemate on the country’s elections and mend relations between Villa Somalia and the states.

In his speech at Somalia Partnership Forum in Mogadishu, Roble said he will pay a trip to Puntland and Galmudug, to pave the way for a meeting with leaders of the Federal States to iron out the differences.

The political crisis centered on a dispute over the formation of the election bodies with the opposition candidates has accused the Federal Government of adding spy agents and civil servants into the list.

Puntland and Jubaland delayed dispatching their representatives to the state-level electoral committee in a move to put pressure on FGS to pull its troops out of the Gedo region and adhere to Sep. election deal.

The pre-election agreement stipulates each Federal State to have two polling stations, be part of the formation of the electoral commissions, and all regional parliaments to pick members of the next Senate.

Jubaland President Ahmed Madobe who has been at loggerheads with the central government for years said no election in the state until SNA forces are fully withdrawn and reinstate his administration to Gedo.

The PM who came to office following the outer of Khaire last July is trying his best to bring an end to the deepening deadlock that has led the country to miss the planned December 1 parliamentary election.

Somalia’s opposition presidential candidates have threatened to hold parrel elections if the government fails to disband the biased electoral committee and come up with an inclusive process for fair and free polls.

The international partners voiced concerns about the current election crisis in Somalia and called on the stakeholders to convene an urgent conference to save the country from chaos and a power vacuum.

Watch below the welcoming of the PM in Puntland.