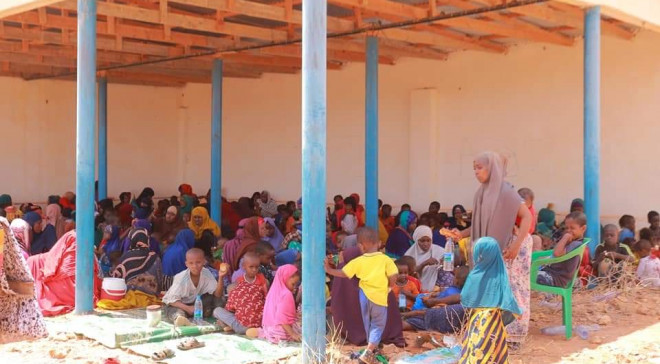 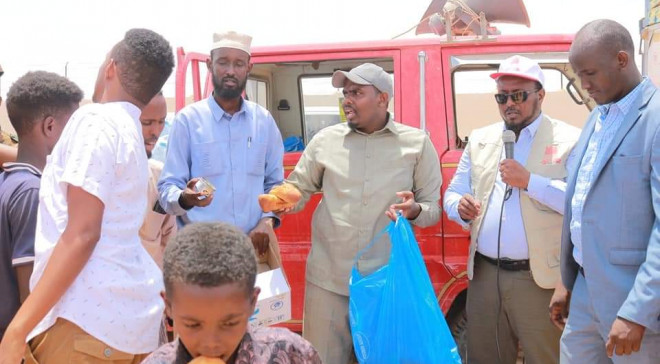 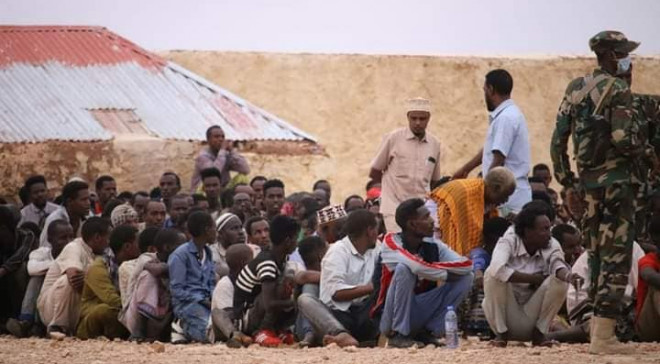 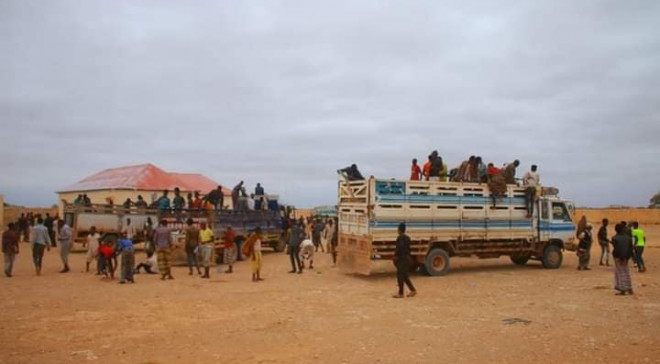 GALKAYO, Puntland - The regional government of Puntland has resettled hundreds of Somali people who were displaced from Las Anod city in Sool region, over claims that they were promoting insecurity in the breakaway region of Somalia.

More than 700 victims are said to have lost their businesses as authorities in Somaliland ordered them to leave under unclear circumstances. Hargeisa is embroiled in endless squabbles with Mogadishu, in what could escalate to toxic levels.

Puntland Interior Minister Mohamed Dhaban'ad said 758 people among them, men, women, and children had received shelter, food, and medical supplies. Most of them arrived in trucks and lorries in the state.

According to authorities in Puntland, the victims of eviction were mainly settled in Galkayo following their arrival there on Sunday. Galkayo is located in southern Puntland along the border of Galmadug.

A number of evictees said their businesses were vandalized as authorities in Somaliland ordered them out. Some sources claim that Somaliland was concerned with the booming of businesses owned by those from the South.

The Muse Bihi administration accused the southerners most of whom originated from the Southwest state of fueling insecurity in the city. It was not clear what triggered business rivalry in the region given that some victims were born in Somaliland.

The families, mostly children, and women, were mostly welcomed in Galkayo, where they were provided with medical care and nutrition for the past two days by Mudug regional authorities.

According to Puntland Minister of Interior Mohamed Abdirahman Dhabanad, the 758 people had been initially welcomed in Galkayo. They are in dire need of help, he added.  The second batch of deported people from Las Anod was welcomed on Monday in the central town.

Some of these people said that they left their families and property in Las Anod, after being suddenly deported from the city by Somaliland police who were acting on orders from Hargeisa.

Puntland immediately appealed to local aid agencies to take part in the resettlement of these families. The displaced people who spoke to the media demanded that they be allowed to leave their property and families stranded in Las Anod.

Somaliland claims it broke away from Somalia in 1991. Despite efforts to reconcile both sides, Hargeisa has continued to push for international recognition, but the United Nations is yet to give in.

The two groups have destabilized Somalia for the last 10 years, making state-building almost an impossible task.

Somalia: At least 15 killed in Bossaso skirmish over Sadia’s arrival

Sadia Yasin Samatar, who is now acting president of Somalia was aboard the plane transporting humanitarian supplies. The dispute over her arrival sparked the conflict.