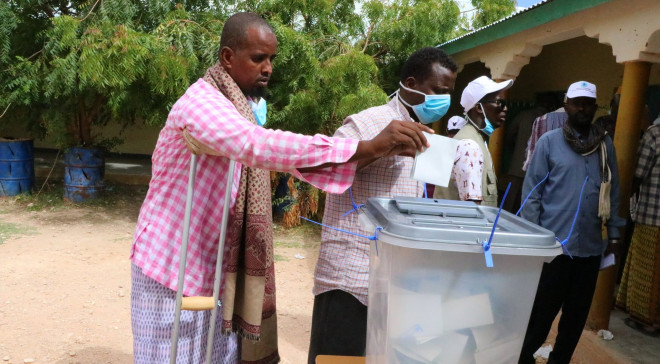 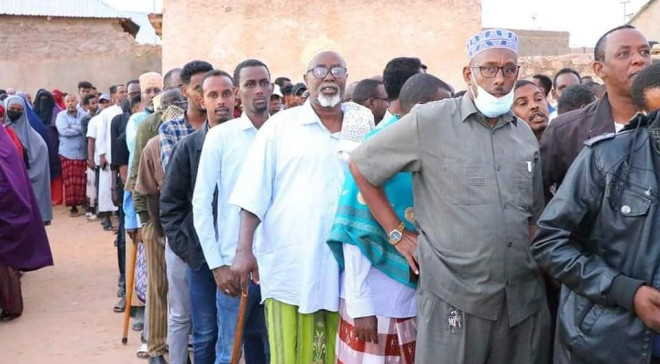 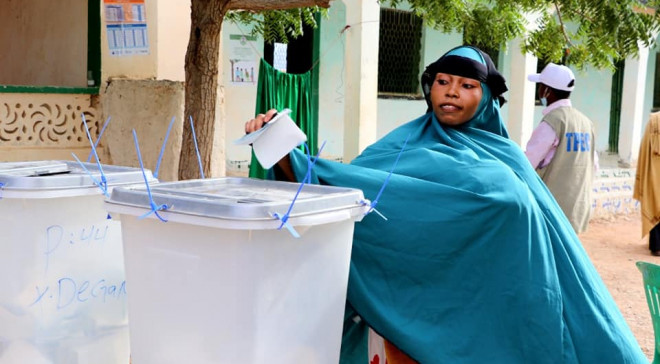 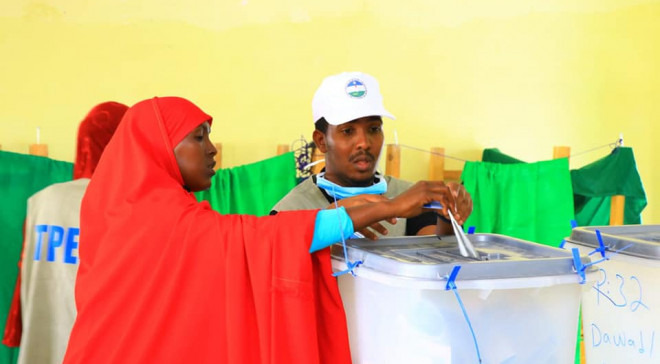 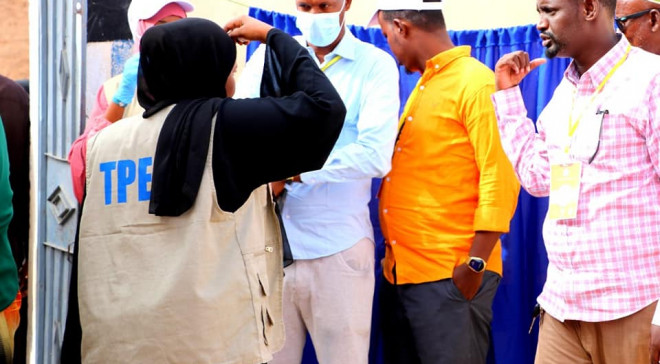 MUQDISHO, Somalia - When tens of thousands of Puntland residents turned up to vote on Monday, it officially opened up democratic space in Somalia, a country that has been struggling with a myriad of challenges did decades.

The current Puntland administration will go to historical books for implementing a process started by Mohamed Farole, who served as Puntland President from 2009-14, was evidently happy for leading three districts to the first-ever universal suffrage elections.

Puntland was founded in 1998 but the process towards democratization of the region started under the administration of Senator Farole. The exercise is being conducted in the districts of Qardho, Eyl, and Ufeyn and is controlled by the Transitional Puntland's Electoral Commission [TPEC].

On Monday morning, thousands of people trickled to various polling stations to exercise their democratic rights. Photos taken from some of the polling stations showed young and old people from both genders queueing to vote for their preferred leaders.

The council members who will manage victories will be the first-ever to be picked in a secret ballot box. Previously, Puntland used the indirect elections commonly known as the 4.5 model which saw clan elders choose leaders.

Being the first-ever democratic exercise in Somalia since 1969 [save for breakaway region of Somaliland], at least 37,000 people of the 48,000 who had registered will get an opportunity to participate. About 11,000 people had not picked their voters' cards.

The three districts which were demarcated recently have a total of 54 polling stations. Eight political associations will take part in the exercise which would also feature 499 candidates who will contest for 87 seats.

People living with disabilities and the Internally Displaced People [IDPs] have been given a chance to participate in the exercise. "This makes a strong case for Bottom-up democracy," said Abdimalik Abdullahi, a researcher on the Horn of Africa affairs.

TPEC, in a series of tweets, warned impersonators against accessing polling stations. Those found guilty, it noted, which be subjected to harsh penalties, including but not limited to imprisonment according to election laws.

"Voter cardholders stand in assembly to cast votes first time in five decades. Voter impersonators are restrained from accessing the polling stations and if anyone is found guilty of will be handed over to law enforcement," the electoral body said.

To increase the transparency of the exercise, the TPEC through the leadership of Guled Salah has set an Election Situation Room [ESR] where results will be transmitted electronically. All information related to polls, TPEC added, will be disseminated from the room.

"Chairman Guled Salah of TPEC Puntland participated in the launching ceremony of the Election Situation Room [ESR] which will be a center to analyze the election conduct and disseminate election-related information."

Last year, Somalia tried to hold direct polls but the National Elections Commission of Somalia failed to do voter registration in time. In fact, stakeholders agreed to use the improved clan-based system which is yet to yield fruits after all.

The exercise now takes Puntland to the level of other modern democracies that have made decisions on the ballot. The success of the exercise may after all decide the future of Somalia, a country that enjoyed democratic space about five decades ago.