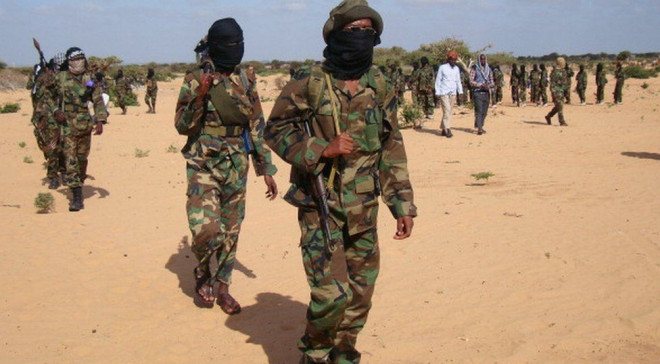 MOGADISHU, Somalia - Dozens of Al-Shabaab fighters have been killed in recent weeks, following an operation conducted by the Somali National Army [SNA] under the stewardship of Chief of Defense Forces Gen. Odowaa Yusuf Rageh.

The operation mainly targeted Middle Shebelle in central Somalia and has been largely hailed as "successful" by several SNA commanders who participated in the exercise. It's not the first time the military is targeting Al-Shabaab within Central Somalia.

During the operation, state media said, dozens of Al-Shabaab bomb experts including foreign fighters were killed by security forces. Most of those who died were cornered in Ala-Futow around Qoryoley in Lower Shabelle, another notorious Al-Shabaab hideout.

The experts were cornered in one of the houses where they were preparing explosives for the Al-Shabaab fighters, state media noted, adding that some of the explosives went off. The number of those killed in that particular incident is yet to be revealed.

"Many members of Al-Shabaab bomb experts including foreigners have died in Ala-Futow village under Qoryoley district in Lower Shebelle. region after a house where explosive materials were being prepared by the terrorists exploded on Monday," read a tweet by SONNA.

For the last couple of weeks, over 100 Al-Shabaab fighters have been killed in the Middle and Lower Shebelle regions according to the SNA. The progress comes months before the exit of the Africa Union Mission Forces who are set to leave upon the implementation of the Somali Transition Plan [STP] late this year.

"Somali National Army [SNA] is conducting offensive security operations to flush out a terrorist group of Al-Shabab in the Middle Shebelle region for the third week. More than 100 terrorists were killed in the current operations," state media added.

General Odowaa Yusuf Rageh has been leading the operation contrary to the protocols of the forces. The youthful general is credited for helping flush out Al-Shabaab from different parts of the country under his leadership.

But unfortunately, Major Mohamed Abdiwahid, the Commander of the 6th battalion of Somalia’s special forces [Gorgor] was killed in a battle between SNA and the terrorist group of Al-Shabab at Jalable village in the Middle Shabelle region on Thursday, last week.

The commander was part of the officers leading ongoing security operations against terrorists in the Middle Shabelle region. The hero who has paid the ultimate price for his country’s stability has been in military service for more than 10 years.

Somalia’s Prime Minister, Mohamed Rooble extended his heavy-hearted condolences to the family, Somali army, and all Somali people on the death of Major Mohamed Abdiwahid. This was one of the major casualties in the crackdown against Al-Shabaab.