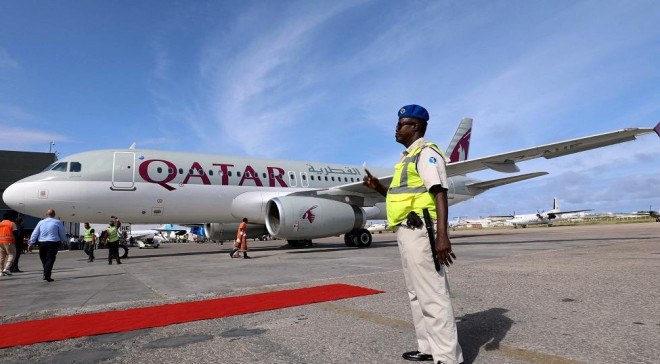 MOGADISHU, Somalia - Flights to the Aden Abdulle International Airport in Mogadishu resumed after hours of interruption following deadly clashes in the capital which rocked Somalia for several hours on Friday and Thursday, in what has been subjected to international retribution.

The facility commonly known as Mogadishu airport is the biggest airport within Somalia and considered one of the busiest in the region. While the management didn't close it, a number of airlines halted flights for fear of the attack.

Opposition leaders had mobilized hundreds of residents to the streets, leading to an ugly shootout which was spearheaded by the Somali National Army [SNA], a move that has been widely condemned across the borders.

The Ethiopian Airlines, Uganda Airways, Qatar, and Turkey airlines are all expected to continue with their trips to the capital starting today according to the airport's management. Somalia does not have a national carrier for many years now following the civil unrest.

Sources hinted that the carriers have indicated that the resumption was informed by the fact that calmness had been restored in the country. However, the opposition maintains that it will continue with the protests later on this week.

In a statement on Saturday, Qatar's Ministry of Foreign Affairs called on the Somali parties to calm down, avoid escalation, and adopt a policy of restraint.

The statement stressed the need to resolve differences through political dialogue and peaceful means, in order to achieve the aspirations of the brotherly Somali people for security, stability, and development

On the other hand, the United Arab Emirates has expressed its grave concern over the deteriorating situation in the Somali capital, Mogadishu, as a result of ongoing violence and the excessive use of force against civilians.

In a statement, the Ministry of Foreign Affairs and International Cooperation called upon the interim government and all parties to demonstrate the highest levels of restraint in order to achieve Somalia's aspirations to build a secure and stable future for all.

The UAE affirmed its support for all international efforts and initiatives to conduct transparent and fair elections on the specified date and urged Somali parties to join hands to confront the threat of terrorism and extremism.

The UAE expressed its hope that stability would prevail in Somalia in a way that preserves its national sovereignty and fulfills the aspirations of its brotherly people. Somalia is struggling with instability as politicians lock horns over upcoming elections.