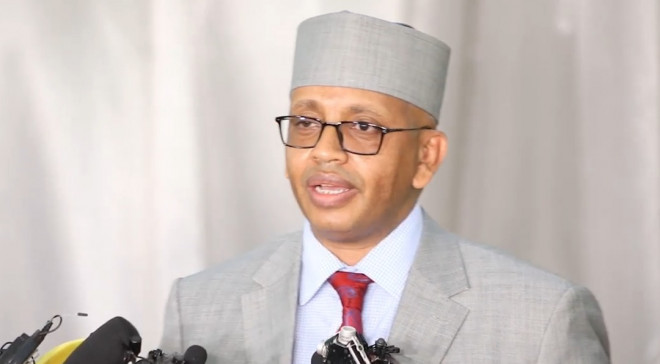 MOGADISHU, Somalia - Information Minister Osman Abukar Dubbe has strongly defended PM Mohamed Hussein Roble over the management of the ongoing elections, which were delayed due to internal political differences.

Opposition leader Abdirahman Abdishakur strongly questioned the manner in which the PM was handling Lower House polls, adding that the exercise is being done in a manner that is not transparent.

Already, Galmadug and Southwest states have released names of candidates for the House of the People contest, following pressure from the international community. On Tuesday, Somaliland elected four more MPs, taking the total to six.

But minister Osman Dubbe defended the work of Prime Minister Roble and said it was on the right track. He said the PM needs local support for him to deliver transparent elections in the country.

"Nonetheless, the government led by Prime Minister Mohamed Hussein Roble is on the right track," Minister Osman Dubbe added in a statement, noting that the government is determined to deliver the elections.

The PM has been undergoing difficult times, including but not limited to having a number of issues with outgoing President Mohamed Abdullahi Farmaajo. The two differed on matters of elections and security responsibilities.

Roble and Farmaajo would later reconcile but the two are rarely seen together in public. The international community which funds elections in the Horn of Africa nation has been undergoing turbulent moments.