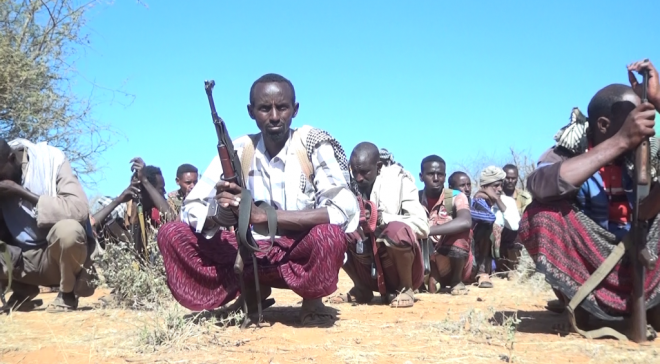 MOGADISHU, Somalia – A government-allied Somali militia killed at least 45 al Shabaab fighters and beheaded some of them, three witnesses said on Sunday, as citizens in central regions of the country increasingly take up arms against the insurgents.

The beheadings on Saturday followed a battle in the Hiran region of Hirshabelle State, where there has been significant fighting this month between al Shabaab and newly expanded militias allied with the federal government.

Al Shabaab, an al Qaeda-linked Islamist group, has been fighting Somalia’s weak central government since 2006. It wants to implement a strict interpretation of sharia law.

Al Shabaab has increasingly burned houses, destroyed wells, and beheaded civilians in the Hiran region, residents say; that, combined with its demands amidst the worst drought in 40 years, has pushed more taxes to take up arms.

“Al Shabaab is not strong, it just burns people, beheads people, and puts their heads in the streets just to terrorize,” said Ahmed Abdulle, a Hiran elder.

“Now, we are doing the same: we have ordered the beheading of al Shabaab fighters,” he told Reuters.

Videos widely shared on Telegram showed at least two beheaded alleged al Shabaab fighters and dozens more dead bodies in fatigues and red-and-white checked scarves. Some of the dead appeared to have died in battle.

Reuters was not independently able to verify the authenticity of the videos, but three witnesses to the beheadings said they were real. Seven other residents, including Abdulle, said family members had been present and confirmed the deaths to them.

The three witnesses asked not to be named for security reasons.

“Al Shabaab put us in hell…So our people decided to liberate themselves… My daughter is also fighting in the frontline, she has an AK-47 on her shoulder,” resident Halima Ismail said.

An al Shabaab was not immediately available for comment.

Residents in nearby Galmudug state are also taking up arms.

“It is a big revolution by Galmudug state.”

Earlier this month, al Shabaab militants killed at least 18 civilians and destroyed food aid trucks. In August, they killed more than 20 people in a hotel siege.

Somalia has been in civil war since 1991 when clan-based warlords overthrew a dictator and then turned on each other.