Somalia: Farmaajo faces a backlash over commission of inquiry on Ikran's case 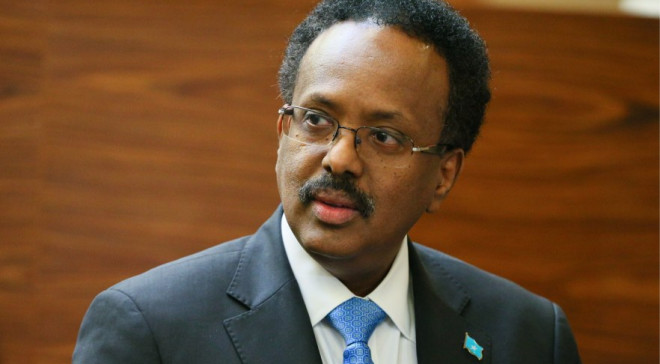 MOGADISHU, Somalia - The drama and controversy surrounding the death of Ikran Tahlil, a junior employee within the National Intelligence and  Security Agency [NISA], seems to be far from the end, following the latest clash between the family and outgoing President Farmaajo.

On Monday, Farmaajo, whose team has been linked to the murder, appointed a 5-member commission that would investigate the controversial death before giving recommendations. The five include two Attorney Generals.

But in a statement the was issued by Qali Mohamud, the mother to the deceased, the family accused Farmaajo of being a stumbling block to the investigations, adding that they won't cooperate with the commission which was appointed by Farmaajo.

The mother still insisted that the family will only tolerate a trial conducted by the military court, which they termed as "efficient and impartial". Farmaajo, she added, was "determined to ensure we're denied access to justice, which is our right".

Qali also stated that the family will file a lawsuit against the outgoing President Mohamed Abdullahi Farmaajo if he fails to refrain from his attempt to obstruct the investigation. The appointment of the commission came days after Prime Minister Mohamed Hussein Roble entrusted the military court with the responsibility.

A source told Garowe Online that Roble was unaware of the appointment and that he still stood with his decision to entrust the military court with the responsibility to conduct investigations. Incidentally, state media did not publish the statement from Farmaajo's team.

Ikran Tahlil disappeared in June this year and after months of frantic search by the family, the spy agency [NISA] announced her death, blaming Al-Shabaab in the process. The militants denounced the allegations, arguing that it wasn't responsible.

The Prime Minister had responded by sacking NISA boss Fahad Yasin, who is linked to the controversy, replacing him with Lt General Bashir Mohamed Jama alias Goobe. However, Farmaajo denounced the changes before appointing Yasin Abdullahi to the same post.