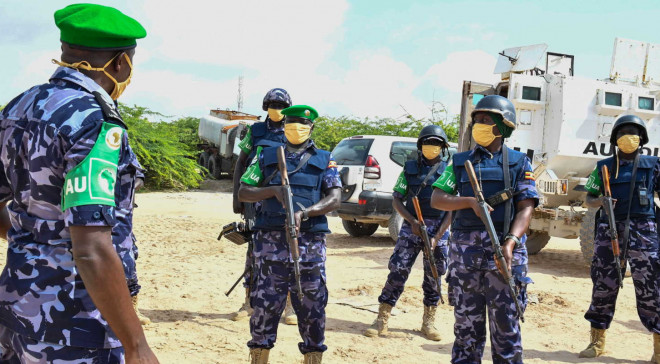 MOGADISHU, Somalia - The Federal Government of Somalia has strongly rejected the proposed AU-UN hybrid mission in the country, following a recommendation by the AU Peace Committee, which called for a joint operation starting in 2021 when the AU forces leave.

The AU-PSC on Monday recommended to the United Nations Security Council for a joint mission from next year, a move if approved, would see many countries send troops to Somalia in a bid to vanquish the Al-Shabaab militants who have been wreaking havoc in the country.

If the proposal is approved by the United Nations Security Council [UNSC], the UN will directly take charge of command in Somalia, and coordinate peace resolution efforts through a force picked from several countries across the world.

However, in a statement issued by the Ministry of Defense in Somalia, the FGS dismissed the proposal, adding that "we strongly disapprove" such arrangements. According to FGS, the AU should have stuck with the original plan under Somali Transition Plan [STP].

Under STP, it was initially agreed that the African Union Mission Forces [AMISOM] would train and equip the Somali National Army [SNA] and other security forces before leaving later on after 2021. The current mandate of AMISOM will expire in December 2021.

It was anticipated that upon full implementation of STP, the African Union Mission Forces would officially hand over security responsibilities to Somali forces. The FGS and AU had agreed just to reconfigure AMISOM for the purpose of continuity.

With the FGS now rejecting a joint mission by UN and AU, Somalia could plunge into uncertainty, even as the country continues with preparations for Lower House elections and later on, presidential polls which are scheduled for October to December this year.

AMISOM has close to 22,000 soldiers drawn from Troop Contributing Countries mainly Djibouti, Ethiopia, Uganda, Burundi, and Kenya. The five countries have directly engaged in the fight against Al-Shabaab militants who still control large swathes of rural central and southern Somalia.

Even before FGS released the statement, a number of stakeholders had questioned the intentions for a hybrid mission. Samira Gaid, a security analyst, said the move could erode gains made so far in the counterterrorism operations.

"The PSC statement basically states forget about the Somali Transition Plan and any handover - they will handover to the UN through a hybrid mission, they secure sustainable funding and continue on as they were," she noted.

"Other than the utter disrespect, this decision is out of the sorts with current efforts in Mogadishu and comes at a time when Somalia is in the midst of an acrimonious electoral process and days before the judgment of the maritime dispute, this stinks."

Somalia has been struggling with instability for over three decades, since the ouster of Siad Barre, a former military ruler. The United Nations, the African Union, and European Union have been pushing for peace and stability in the Horn of Africa nation.