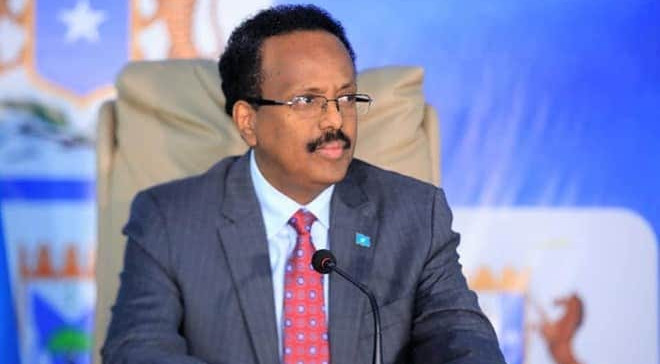 MOGADISHU, Somalia - The United Nations has joined calls to push for justice for the family of Ikran Tahlil, a junior employee within the National Intelligence Security Agency [NISA], whose abduction and subsequent death has caused cracks in the Horn of Africa nation.

After two months of search, the NISA team announced her death recently, blaming Al-Shabaab in the process, a move that has been disputed by the militants. Also, the family has directly blamed the agency for the murder.

UN Deputy Secretary-General Amina Jane Mohamed, who visited Somalia on Sunday, insisted that the murder should be addressed urgently, noting the weight and essence of the case, which is causing divisions in the Horn of Africa nation.

When asked about the case of government agent Ms. Ikran Tahlil Farah, the Deputy Secretary-General said the rule of law and access to justice is critical to protection from violence and are the right of all women.

This is the first time a top global official has spoken about the death. Already, the family of the deceased led by her mother Qali Mohamud and her father Tahlil Farah, have filed a case before the military court, where they have sued four individuals, among them former NISA boss Fahad Yasin.

Prime Minister Mohamed Hussein Roble, who has been passionate about the investigations, after meeting the UN boss, said "the decision to attain justice for Ikram Tahlil is necessary" and pledged "all the obstructions to be removed".

President Mohamed Abdullahi Farmaajo has been accused of obstructing justice for the victim after he elevated Fahad Yasin to National Security Advisor in presidency moments after he was sacked by PM Roble. Yasin is a chief suspect in the murder.

On the elections and recent political tensions she noted, “Somalia has achieved considerable momentum with its electoral process, and I was encouraged to hear the commitment from all I met with to ensuring that this momentum is sustained and that critical elections move forward as scheduled.”

The Deputy Secretary-General further noted that political discord should not be allowed to threaten gains made in the country.

“I have confidence in Somalia’s leadership to de-escalate any tensions and avoid activities that could lead to violence and further delay the elections or undermine its credibility,” she added.

Currently, Somalia is holding elections for its Upper House and is preparing for elections for its Lower House, known as the House of the People. The United Nations and Somalia’s other international partners have been heavily engaged in supporting national efforts to advance the country’s elections.