Stakeholders: Presidential elections in Somalia must proceed as planned 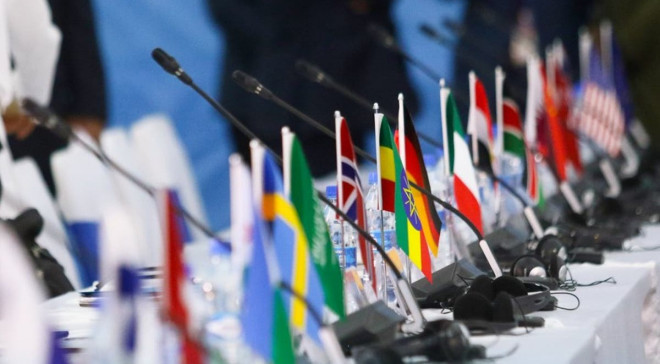 MOGADISHU, Somalia - Members of the international community have welcomed the decision by Somalia's parliament to swiftly issue dates for presidential elections, following an unprecedented delay which was orchestrated by Villa Somalia and other allies.

In a statement issued on Tuesday, the partners, who are integral in the electoral process, said they are encouraged by the positive progress which has been made so far, adding that registration of candidates and other processes should be concluded before Sunday.

"We welcome the announcement by the parliamentary organizing committee that the election of the President will take place on Sunday, 15 May 2022," read part of the statement. "We are encouraged by the positive progress in registering presidential candidates and other preparations for this electoral deadline to be met."

The parliamentary elections task force announced that a total of 39 presidential candidates have registered in three days, from Sunday to Tuesday and they are divided into two groups to address the MPs on Wednesday and Thursday before the May 15 election.

For any dispute that may result from elections and which may cause a threat to stability, the partners said, the current parliamentary leadership under Speakers Abdi Hashi [Senate] and Aden Sheikh Madobe [Lower House], should take full responsibility until elections are held.

"There is no justification for any further delay. With both chambers of Parliament sworn in and fully functional, any outstanding electoral issue should be resolved by the duly elected parliamentary leaders," the statement notes.

"We urge Somalia’s leaders to conclude this final stage of the electoral process swiftly, peacefully and credibly so that attention can turn to domestic and state-building priorities, " added the stakeholders, who have been pushing for a swift conclusion of the polls.

Sunday's presidential election has attracted close observation from members of the international community, with the opposition, which is currently in full control of the bicameral legislature, still yet to produce a single candidate who will run against Farmajo.

But in the recently held parliamentary leadership elections, the members swiftly ganged up against candidates who were allegedly sponsored by Villa Somalia. Farmajo claimed earlier this week that he has solutions for problems affecting the people of Somalia.