US Defense Secretary defends airstrikes in Somalia Against Al-Shabaab 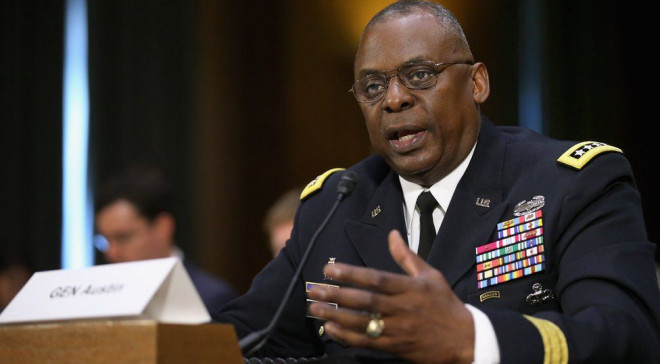 WASHINGTON - U.S. Secretary of Defense Lloyd Austin said Saturday that U.S. airstrikes targeting al-Shabab in Somalia over the past few days were undertaken because Somali forces are intensifying their offensive against the al-Qaida-affiliated terror group.

“Most recently what’s happened is our partner forces have increased their op[erational] tempo, and they have been pushing back on al-Shabab in a more significant way,” Austin told reporters traveling with him to Eielson Air Force Base in Alaska.

“The result of that is some engagements that were fairly intense, and we conducted those strikes to support our partner forces,” he added.

The Somali military has been embroiled in a fierce struggle on the ground with al-Shabab in Galmudug state, the region targeted in both U.S. strikes.

Pentagon press secretary John Kirby told VOA and other reporters traveling aboard a U.S. military aircraft Friday that U.S. troops were not on the ground with Somali forces during the strikes but were conducting a remote advise-and-assist mission.

Further information was not provided because of "operational security."

The U.S. military carried out 63 airstrikes against al-Shabab in 2019 and 53 airstrikes last year.

Another seven airstrikes were launched in the first 2½ weeks of 2021 before former U.S. President Donald Trump left office.

U.S. officials explained the slowdown by citing a Biden administration review of the military’s airstrike policy. Senior Somali officials concerned with the lack of strikes had warned it would allow al-Shabab “to come out of hiding.”

"We see threats in Somalia to regional stability," he said. "We even see threats there to the U.S. homeland."