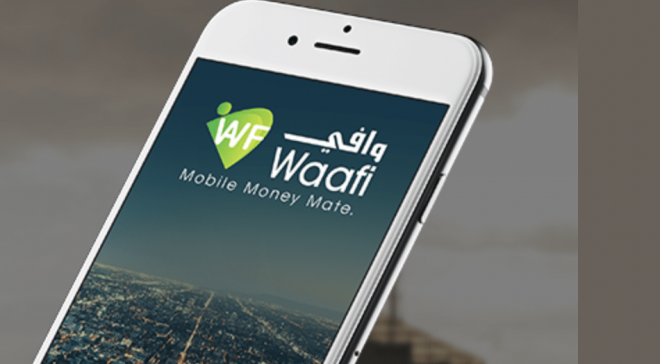 Consumers can use the WAAFI app to access their bank accounts [Photo: Hormuud]

MOGADISHU, Somalia - Waafi, one of Somalia’s Major Telecom Company’s mobile money Applications brings quick impact, in terms of proving benefits in giving easy access to manage mobile money and other related financial services this all in all in once fintech app.

As the core values of the Hormuud is to listen to customers and respond to their needs as quickly and it could, it developed Waafi app that combines mobile money, communication, entertainment, and payments wherein consumers can access bank accounts, perform online transactions, send international remittances and make international/domestic phone calls all from inside the app.

Hormuud said it hopes that the app will be an enabler for new value chains and new business models in Somalia by eliminating inefficiencies, such as typing an incorrect number during a USSD transaction.

"We are continuing to see a move towards a position where Somalia can claim to be the world’s first truly cashless economy, and the rollout of WAAFI is an important step on that journey”, said Hormuud CEO and chairman Ahmed Mohammed Yuusuf.

WAAFI provides an entirely integrated mobile money experience that upgrades from the existing USSD technology that many Somalis use. Currently, USSD-enabled mobile money technology is widespread in Somalia, with penetration rates as high as 80% in urban areas and 55% in rural areas.
University student, Abdinur Ahmed Farah explains how productive and easy way he uses the Waafi app in day-to-day activity.

He described the Waafi app as effective and efficient that has come timely and would fill an important gap in our community.

“The app enables you to ease money transactions, paying bills, identifying the sender or receiver and it is an e-wallet. I can say in we’re in the modern world when it comes to technology. Thanks, Hormuud”, Suban Hersi Ali, a shopkeeper in Wadajir district said.

Last year, Somalia’s Telecom industry (Hormuud, a major service provider) made a huge success by leading the country to be the 7th in the world and the first in Africa when it comes to mobile data price which cost 1GB was 0.50 according to UK based price comparison website cable.co.uk
Somalia’s Ministry of Posts, Telecommunication and Technology praised the latest in range of positive indicators, which highlighted Somalia’s ICT environment was steadily improving, telling this would support the contribution of the digital economy to our GDP as the number of internet-based services would increase.

“This year’s finding by Cable is above all a testament to the hard work and innovation of our telecom businesses and workers. It also shows that the sacrifices of so many people are yielding tangible results in terms of international competitiveness,” the Ministry said in a statement released on May 7, 2020.