What is the AU report rejected by the Somali government? 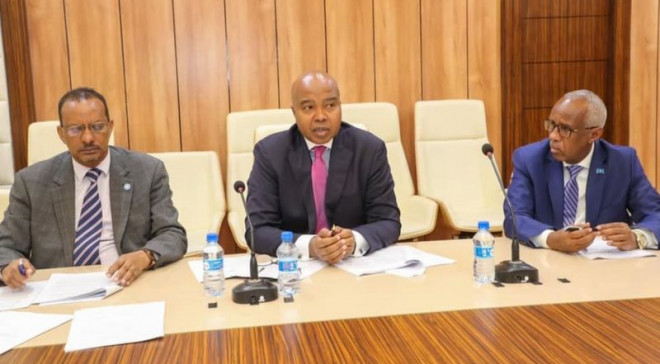 MOGADISHU, Somalia - The Federal Government of Somalia has rejected proposals by the African Union on the future of the AMISOM team, which has been pushing for stability in the country besides helping Somalia to crush Al-Shabaab militants.

AMISOM is tentatively set to exit from Somalia upon full implementation of the Somali Transition Plan [STP] at the end of 2021. The AU team extended AMISOM tenure in Somalia until December 2021 in a resolution that was passed recently.

Mohamed Moalimuu, the spokesperson in the Office of the Prime Minister, said the government has rejected the options on the future of AMISOM. According to him, the government will give a detailed response to the rejection of the report.

"In response to AU Independent Assessment Team’s Report, the Somali Government held an inter-ministerial meeting to discuss the report and has rejected from the outset the report’s finding and recommendations and will issue a formal statement," he said.

The options on AMISOM's future include a Hybrid AU-UN mission; reconfigured AMISOM with modifications, deployment of East Africa Standby Forces, or AMISOM exit, and Somalia taking responsibility. The latter is what has been the official position so far.

The AU report is critical of government and FMS; says the fundamental challenge to stabilization emanates from failure by FGS/FMS to resolve constitutional review, power, and resource sharing issues. There is a reluctance and failure by the FGS and FMS to adhere to the Constitution, the report says

According to the report, FGS and FMS failed to establish functional consultative structures to resolve differences and disputes. “Somali political actors do not respect their own agreements; political actors show deference to the clan rather than the federal constitutional order," it notes.

Currently, there are close to 22,000 AMISOM troops in Somalia, who among others, are mandated to help the national army neutralize the Al-Shabaab threat. The troops have managed to liberate several towns in central and southern Somalia which were once held by the militants.

Some of the force contributing nations include Kenya, Djibouti, Ethiopia, Uganda, and Burundi. AMISOM was first constituted in 2009 after Al-Shabaab taking over many towns in the country, and Kenya troops were introduced later on in 2013 after completing Operation Linda Nchi.