NAIROBI, Kenya - A top envoy for the AU has called for recognition of the northern breakaway region of Somaliland, following a meeting with President Muse Bihi Abdi in Nairobi last Tuesday.

Raila Odinga, who is Kenya's opposition leader and the Africa Union special envoy for Infrastructural Development, asked the AU and the UN to speed up the process of recognizing Somaliland as an independent country, for the sake of stability in the Horn of Africa.

He spoke this when he held talks with Muse Bihi Abdi, Somaliland president who was on an official trip to Nairobi. The Somaliland leader, who left Kenya on Wednesday, had held a meeting with President Uhuru Kenyatta where they discussed "issues of mutual interest".

But it's Raila's remarks which could spark outrage in Mogadishu, given the deteriorating relationship between Kenya and Somalia. At Villa Rosa Kempinski, the AU’s High Representative for Infrastructure said that it is impossible to reunite again Somalia and Somaliland.

“AU needs to wake up to the reality that it is not going to be possible again to bring these two countries together, and recognize them as two separate countries,” Raila said.

Raila, in his opinion, said that he does not regret making the same remarks earlier while in the UK. He had given such remarks at Chatham House before while giving addressing on the African progress, upon an invitation.

The opposition chief in the country added that Somaliland will continue to progress and service without depending on Somalia. He added that the sooner the issue is solved by the international bodies, the better for the two countries.

Raila said AU should step in and open a conversation about Somaliland, the way it handled the Western Sahara disputed territory on the northwest coast and in the Maghreb region of North and West Africa.

State House issued a joint communique by Uhuru and Muse Bihi where they directed their respective senior officials to work together to develop a general cooperation framework agreement. In the agreement, Kenya is expected to open its Consulate in Hargeisa by end of March 2021.

On Monday night, Somalia announced that it was cutting ties with Kenya citing constant violation of Somalia’s sovereignty and territorial integrity. Somalia Minister of Information Osman Dubbe announced that Mogadishu will in the next seven days withdraw all its diplomats from Kenya.

Efforts to reunite the two countries have always flopped due to mistrust and lack of commitment for many years now. In July this year, Djibouti and Ethiopia engineered a dialogue at Djibouti city but the process has since slowed down over the same traditional issues.

Somalia still insists that Somaliland is part of her territory and has often scolded international actors saying otherwise. Despite the claims, Somaliland runs a functional parallel government with an executive, legislature, and judiciary besides having its own central bank.

In 2019, Iran also lifted a ban on women watching football matches, after FIFA threatened to suspend the country over its controversial stadium restrictions.

Also at JKIA was Agriculture Cabinet minister Peter Munya, a close ally of President Uhuru Kenyatta and a senior politician in the Republic of Kenya.

Somaliland capitalizes on US plans to withdraw troops from Somalia 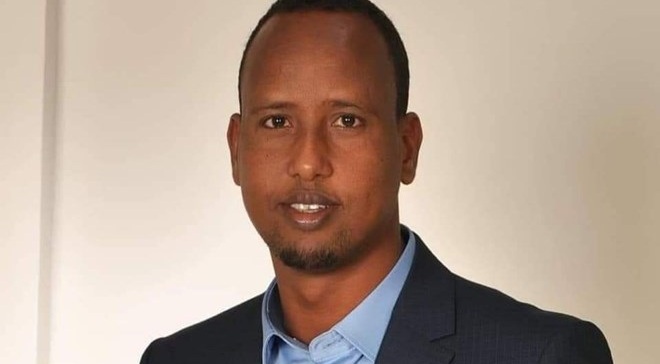