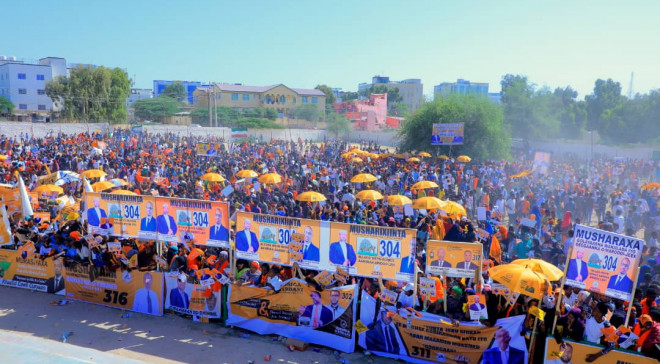 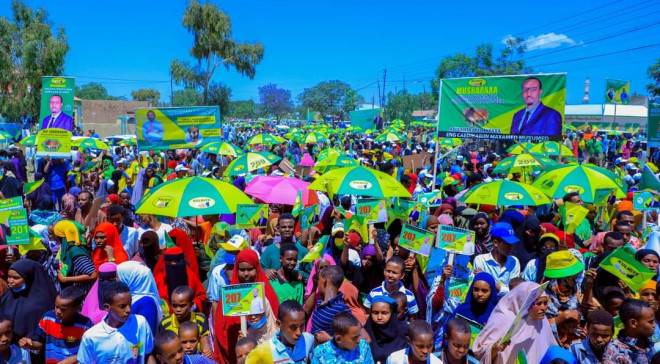 HARGEISA, Somalia - Nearly 1 million voters will have a chance to pick their local representatives in civic and parliamentary races in Somaliland, in what could be a major test for President Muse Bihi Abdi, who is seeking to control the house for agenda setting purposes.

This will be the first direct elections in the breakaway region of Somaliland, which claimed to have gained self-independence in 1991 but it's yet to be recognized internationally.

Scheduled for May 31, Monday's elections will see dozens of candidates battle for over 82 constituency seats. Another 966 candidates are vying for 249 district municipality seats in the six regions making the 2021 parliamentary and civic elections be the most competitive yet in the history of the region.

"We've just sent out the last shipment of election materials from Djibouti Airport. NEC is ready to make it happen ... Your prayers would also be helpful," Mustafe Mohamed Dahir, the Vice-Chair of Somaliland Electoral Commission was quoted on May 16.

"Encouraging to see over 1.06M voters registered for the upcoming parliamentary and local elections in Somaliland. Congratulations to the Somaliland National Election Commission for managing such a successful registration process," the government of Denmark added.

The election campaign for the local council and parliament is in full swing. The ruling Kulmiye party, led by President Muse Bihi attended the rallies in Hargeisa. Supporters of the Kulmiye party came out in droves and held rallies in support of their favorite candidates across the nation.

Bihi showed optimism that the party’s candidates will be on the top list for the election winners and encouraged eligible voters to vote for Kulmiye candidates.

"We have chosen the most competent candidates. We are entrusted with power and are ready to serve Somaliland. None will lose the election. They will all be victorious," he said.

The President added: "Somaliland political parties are competing with each other. Kulmiye party has been put to test and vetted.”

Wadani party, led by Abdirahman Irro, has also intensified campaigns across the region and expressed optimism that it will control the House of People. The party had previously accused Muse Bihi Abdi of dictatorship, arguing that his record for political freedoms and human rights was appalling.

Meanwhile, Somaliland armed forces have stepped up security ahead of the elections, the interior minister said. Armed forces-military, police, custodial corps, immigration, and traffic police are working in tandem who are patrolling the streets and major freedom parks where the rallies are being held.

Security has been upgraded and deployed security forces across polling stations. The campaign is on now and it will be wrapped up on Friday.

President Bihi Abdi has cautioned civil servants and security services personnel not to indulge in any acts of politics or seen to be politicking. Bihi reiterated the need of upholding the laws of the country as spelled out in the constitution. 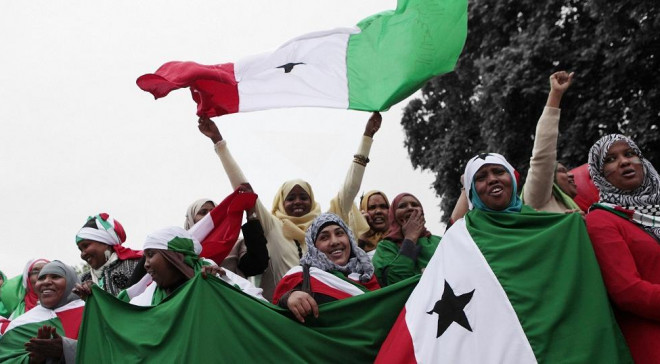