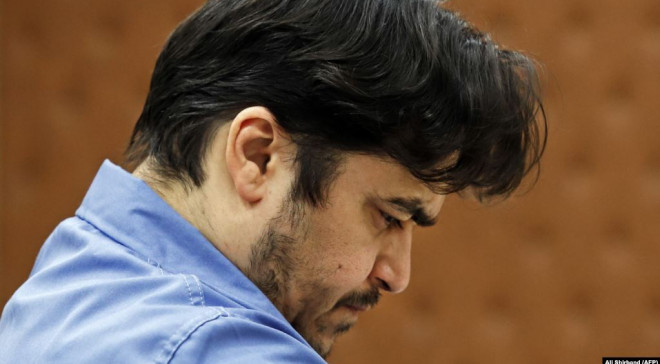 The Committee to Protect Journalists (CPJ) says 21 journalists worldwide were singled out for murder in reprisal for their work in 2020, more than double the previous year’s figure of 10.

Overall, at least 30 journalists were slain while on duty this year, the New York-based media freedom watchdog said in a report released on December 22.

“It’s appalling that the murders of journalists have more than doubled in the last year, and this escalation represents a failure of the international community to confront the scourge of impunity,” said CPJ Executive Director Joel Simon.

Meanwhile, the number of journalists killed in combat or crossfire fell to three in 2020 -- a 20-year low -- as the coronavirus pandemic “dominated media attention and restricted travel,” according to CPJ.

All three were killed by suspected Russian airstrikes in Syria, where Moscow has provided crucial military support to President Bashar al-Assad during the country’s civil war.

At least four journalists were killed because of their work in Syria and Afghanistan, CPJ says, while the fifth killing in Afghanistan is still being investigated.

In Iran, the authorities executed opposition journalist Ruhollah Zam this month because of his reporting on anti-government protests in 2017, in what CPJ called “state-sponsored murder.”

Mexico was the deadliest country for journalists, with at least four reporters assassinated and a fifth gunned down while reporting on a crime scene. The CPJ is still investigating the deaths of four more reporters in the Latin American country.

Journalists, there are often caught up in the conflict between rival drug-trafficking groups and increasingly find themselves targeted by organized crime or corrupt politicians because of their work.

CPJ’s analysis of journalists killed for their work is based on data as of December 15.

In a report published earlier this month, CPJ said at least 274 journalists were in prison as of December 1, up from at least 250 last year, amid a push by governments to stifle coverage of the coronavirus pandemic and attempts to suppress reporting on civil unrest.

“The fact that murder is on the rise and the number of journalists imprisoned around the world hit a record is a clear demonstration that press freedom is under unprecedented assault in the midst of a global pandemic, in which information is essential,” Simon said. “We must come together to reverse this terrible trend.”