UN confronts Ethiopia over the atrocities in embattled Tigray region 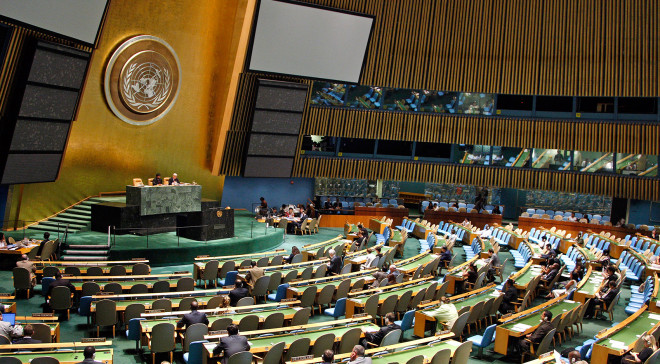 NEW YORK - The United Nations Security Council [UNSC] stepped up efforts to restore peace and stability in the Tigray region, tasking the Ethiopian government for the first time to "cooperate" in helping millions of "starving" nationals by giving humanitarian access.

Since the war broke out in November 2020 when the Ethiopian National Defense Forces [ENDF] waged an operation against Tigray People's Liberation Front [TPLF] fighters, now Tigray Defense Forces [TDF], thousands are said to have died, millions displaced and hundreds tortured.

Last week, the ENDF and Eritrea troops withdrew from Tigray as a good gesture for a "ceasefire" but vowed to be back "if they dare attack Amhara people in Tigray". But the TDF proclaimed victory, arguing that "we defeated them, we are now pursuing them".

But the UN which has been conspicuously silent on the Tigray issue, came guns blazing on Friday's session, with most speakers stressing the need to restore order and stability in the northern Ethiopia state, which has been rebelling again Addis Ababa since 2018.

"One of the most distressing trends is an alarming rise in food insecurity and hunger due to conflict," the U.N.'s acting humanitarian coordinator Ramesh Rajasingham told diplomats. "More than 400,000 people are estimated to have crossed the threshold into famine and another 1.8 million people are on the brink of famine."

Most of the displaced people ran to the neighboring Sudan, which has also been battling with her own internal challenges. Ethiopia Prime Minister Abiy Ahmed has been blamed for the chaos, despite insisting that "we are pursuing terrorists in our peaceful country".

Of most concern in the Tigray region for the international community is inaccessibility to certain areas in Tigray where the population is in dire need of humanitarian assistance. One of the bridges connecting the region was destroyed by ENDF.

"Basic services to support humanitarian delivery are absent. Mekele [Tigray's capital] has no electrical power or internet. Key infrastructure has been destroyed, and there are no flights entering or leaving the area," the U.N.'s Under-Secretary-General Rosemary DiCarlo said.

"There must be accountability for the grievous human rights violations committed during the conflict, including acts of sexual violence against children and adults and mass killings," DiCarlo added, warning, "there is potential for more confrontations and a swift deterioration in the security situation, which is extremely concerning."

For months, the US has been particularly concerned about the humanitarian crisis in Tigray and even openly calling for the withdrawal of ENDF, Eritrea troops, and Amhara regional forces from that ravaged region. A number of officials have been slapped with travel sanctions.

Linda Thomas-Greenfield, the US envoy to the United Nations, insisted that the world must come out and demonstrate that Tigrayan's lives matter. She outlined measures taken by Washington so far to avert the crisis.

"The U.S. has already acted..the parties to the conflict know that we are watching them, and we’re watching them closely. It’s the first opportunity for us to show that African lives matter as much as other lives around the world," she said.

Alex de Waal, executive director of the World Peace Foundation, affiliated with Tufts University's Fletcher School of Law and Diplomacy, who follows Ethiopia closely, said that the risk of the international community not sending a strong message is that "ethnic violence … could lead to the disintegration of Ethiopia."

Ethiopia's U.N. Ambassador Taye Atske Selassie on Friday questioned the purpose of the meeting and accused Tigrayan forces of atrocities, but he also appeared to have gotten the message from world powers at the meeting. He said those responsible for atrocities will be held responsible and spoke of "national dialogue."

Ireland's Ambassador Geraldine Byrne Nason, one of the first co-sponsors of calling the meeting along with the U.S. and U.K., said "Council members have an opportunity to send a clear message to the parties on the ground: this conflict must end."