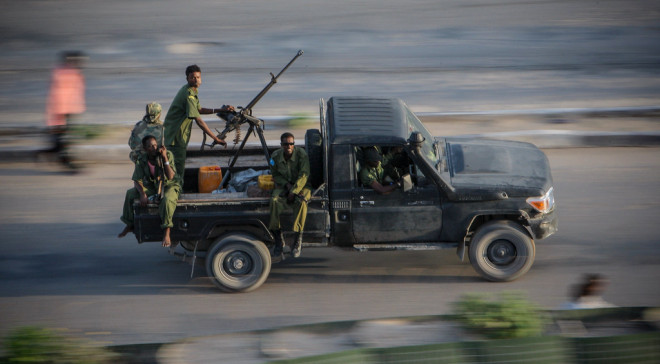 The year 2020 started with AS on the defensive and ended with the group’s operations starting to pick up, especially in urban areas. Attacks on its main gateways into the capital disrupted its operations in Mogadishu in the first and second quarters. This saw a significant reduction in the group’s operations in the capital until the third quarter. During the final quarter of the year, it increased its attacks, after adapting to the situation, and positioned itself in a better situation by the end of the year. Meanwhile, the SNA was the most active anti-AS force, while AMISOM was the least active attacker although it was the most attacked by AS.

The below map shows the incidents that occurred in 2020, the areas of control by all actors, contested areas, and the status of Main Supply Routes:
Introduction.

The year 2020 saw mixed results across Somalia. Compared to 2019, Improvised Explosive Device (IED) attacks decreased by 35% while assassinations increased by 15% and hand grenade attacks more than doubled. Likewise, direct military attacks on allied positions remained almost at the same levels as 2019 while ambushes reduced by a third and mortar attacks increased by two-thirds. An increase was seen in Suicide Vehicle-Borne IED (SVBIED) attacks, rising by 42% while non-suicide VBIED attacks were reduced by 70%. A significant increase was registered in the use of Personal IEDs – explosive devices strapped on to individual attackers – which rose by 550%, up from two in 2019 to 11 in 2020.

These mixed results can be explained by looking at the situation from two angles: first, from Al-Shabaab’s warfighting departments and how they adapted to the battlefield changes; and second, from how the allies have responded to AS’s attacks. This report will therefore divide the attacks between those conducted by the Amniyaat and those conducted by the Jabahaat to better understand the trends of each.

The Amn department is responsible for intelligence, assassinations by pistol, IED attacks in urban areas, hand grenade attacks, and VBIED attacks. The Jabahaat are responsible for all conventional military operations: raids on allied bases, ambushes, and mortar attacks. Suicide attacks are part of the Istish-haadi – “martyrdom” – sub-department, which is run in collaboration between the two departments. This sub-department is responsible for SVBIED and PBIED attacks. When the suicide bombers work in urban areas, they are controlled by the Amn; in the rural areas, they come under the Jabahaat.

In 2020, AS was under intense pressure from the air by US airstrikes, and from the land by SNA’s Danab and Gorgor battalions. From the number of attacks it still managed to conduct in that harsh environment, the group’s explosives makers seem safe and its explosives supplies are abundant; however, the new reality has made it difficult to risk sending S/VBIEDs into urban areas controlled by the allies. This is apparent from the below, showing how PBIEDs are used to complement and replace S/VBIED attacks. A reduction in S/VBIEDs for a quarter is followed by a PBIED attack.

While S/VBIED and PBIED attacks garner much media attention, these are a tiny part of AS’s overall campaign. While 2019 saw Amn and Jabahaat operations almost mirror each other, 2020 saw Amn operations take center stage in the group’s overall strategy. By the end of the year, almost all attacks were by the Amn department.

Most AS attacks targeted AMISOM and the SNA. It also targets civil servants to continue eroding the government’s ability to govern. Similarly, it continues to target elders that have rejected its amnesty or refused to work with it.

Urban targets – the police, elders, civil servants– are targeted with sticky IEDs, PBIEDs, S/VBIEDs, and assassination by pistols. The SNA and AMISOM are subjected to raids, IEDs, SVBIEDs, and ambushes.

Most attacks against AS were conducted by the regular SNA and special SNA units, sometimes assisted by airstrikes. Some of the airstrikes were independent and seemed to target AS forward bases, especially in the Mudug region where AS was attempting to spread towards Bacaadweyne and Hobyo.

Unchanged from 2019, AMISOM was the least active against AS in 2020. Its guns were quiet against AS throughout most of the year, conducting 3 attacks against the group while AS attacked it 197 times. The result of this timid posture has resulted in AMISOM maintaining bases that are only supplied by air, with most Main Supply Routes cut off by AS.

On the other hand, the SNA was the most active against AS, conducting 78 attacks against AS while AS attacked it 205 times. The SNA managed to recover towns along the Shabelle River from AS and forced the group’s finance department to move further away from Mogadishu, further disrupting AS’s operations.

The year 2020 saw all sides make mixed gains, with AS increasing its reliance on urban operations to adapt to its waning fortunes in the rural areas. Under pressure from relentless SNA attacks sometimes assisted by airstrikes and urban checkpoints that made it harder to attack government strongholds, the Amniyaat was forced to rely more on PBIEDs and assassinations by pistols. This also meant that the Jabahaat could make use of more SVBIEDs to assist its attacks on military bases. As the SVBIEDs find it harder to enter urban areas, their use in rural operations has increased and is expected to continue increasing.

In the urban areas, PBIEDs and assassinations increased to cover for the reduction in SVBIED and IED attacks. Assassination by pistols occurs in a place where it is possible to escape, while sticky IEDs and PBIEDs are used in areas where security presence does not permit an escape.

Mohamed Mubarak writes on Somalia, focusing on governance and security in the country and keeping track of progress towards a stable Somalia.

The views expressed in this article are the author’s own and do not necessarily reflect Garowe Online’s editorial policy. 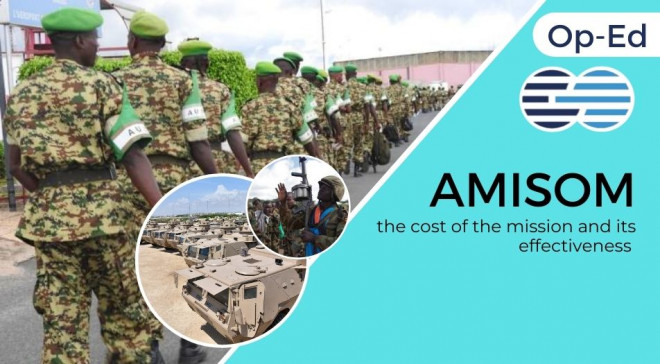 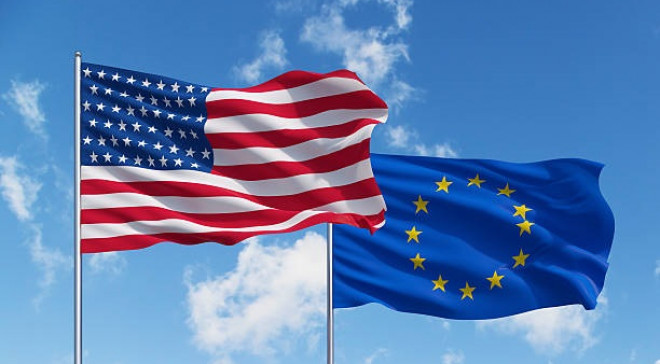 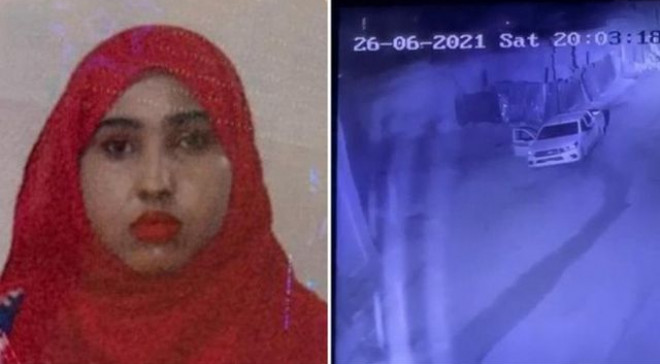 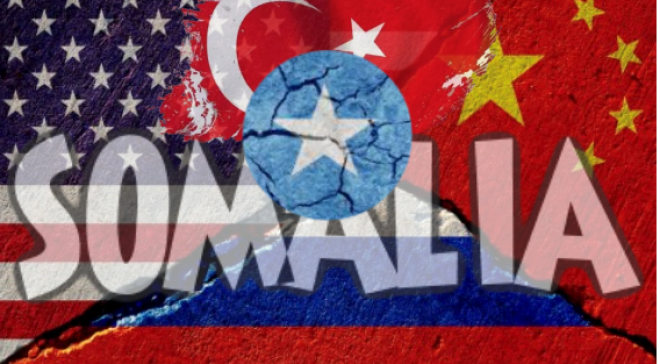 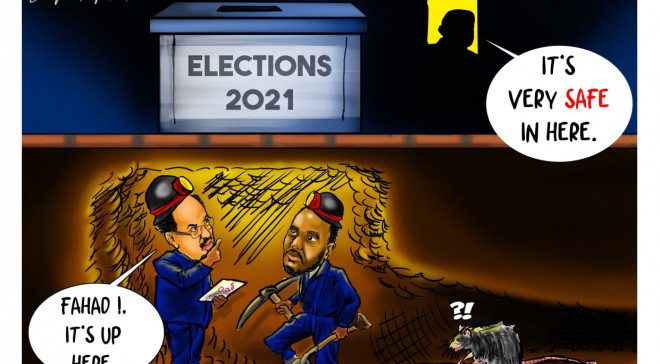 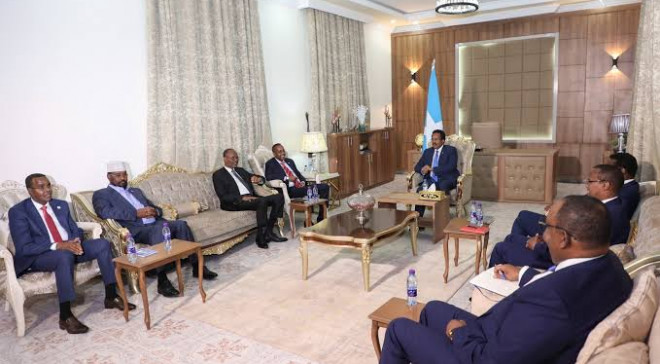