After Tigray war, Ethiopia in need of $1.4 billion to rebuild 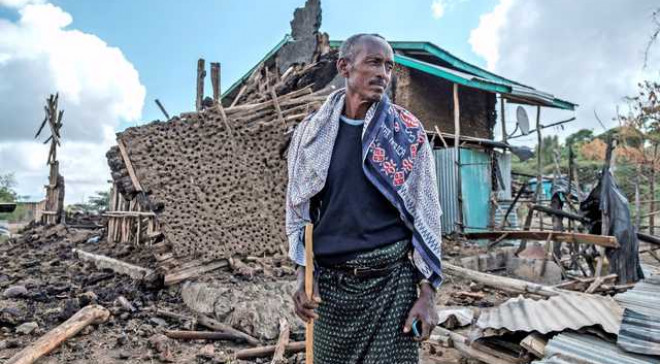 NAIROBI, Kenya - The federal government of Ethiopia is in need of $1.4 billion to rebuild health facilities across the northern region, the Ministry of Health has confirmed, citing massive looting in Tigray and neighboring Amhara and Afar states where the two-year-old war was fiercely fought.

Recently, the Tigray People's Liberation Front [TPLF] signed an agreement with the government of Ethiopia following the African Union-led peace initiative which was brokered by former Nigerian President Olusegun Obasanjo and his Kenyan counterpart Uhuru Kenyatta.

Lia Tedese, the minister of health in Ethiopia, told state media that the health facilities were targeted throughout the way, leaving people vulnerable despite previous investments. Tedese further says the status of healthcare is also deplorable in other parts, especially in
Oromia and Benishangul Gumuz regions due to conflicts.

“We have data limitations [from] the Tigray region; it needs further clarification,” Dr. Lia said, but, according to provisional data including data collected from NGOs, at least US$1.4 billion is needed “to restore health facilities damaged due to conflicts across Ethiopia.”

While data from the Tigray region remains scanty, the ministry noted that a total of 3,666 health institutions and facilities have been destroyed in conflict-affected areas of the Amhara, Afar, Oromia, and Benishangul-Gumuz regions. Most of the destroyed health centers are in the Tigray region, she added.

A UN report released in May this year revealed that through Western Oromia alone, 426 health facilities were non-functional due to looting and destruction due to violence. The fighting started in November 2020 and only subsided last week following the peace deal between TPLF and Addis Ababa.

The US Today reports that despite the difficulty in getting clear numbers, it approximates that over 600,000 civilians and combatants have been killed in the war which saw the fortunes of Ethiopian Prime Minister Abiy Ahmed significantly decline. Ahmed was the Nobel Peace Prize winner in 2019.

Last year, a report by Doctors Without Borders/Médecins Sans Frontières [MSF] out of the 106 health facilities visited by the MSF team in the Tigray region from mid-December 2020 to early March 2021, nearly 70 percent had been looted and more than 30 percent had been damaged.

“While some looting may have been opportunistic, health facilities in most areas appear to have been deliberately vandalized to render them nonfunctional. In many health centers, such as in Debre Abay and May Kuhli in northwestern Tigray, teams found destroyed equipment, smashed doors and windows, and medicine and patient files scattered across floors,” the report said.