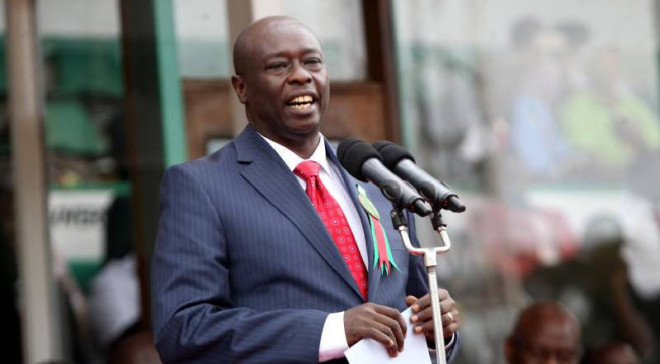 NAIROBI, Kenya - The drought situation in Kenya is getting worse every single day and it's expected to worsen in the coming months.

Experts now warn that 10 percent of the country’s population is in dire need of relief food.

The National Drought Management Authority revealed that the number of people in need of assistance could rise to six million by early next year.

Deputy President Rigathi Gachagua revealed that the new administration has spent $ 160 million in relief efforts but will still require an additional $ 170 million required between now and January.

Gachagua “These funds will go to support livelihood projects, food security interventions as well as the sinking of new and rehabilitation of old water pans and dams around the country.”

Kenya’s National Drought Management Authority [NDMA] stated that the long-awaited rains would lessen the impact of the drought but this has not been the case.

“The clouds have finally opened. Unfortunately, the short rains season is projected to underperform, occasioning a possible fifth failed season that will phase into the seasonal dry spell in January to March 2023.” NDMA says.

Humanitarian partners estimate that there will be 6.4 million people in need of humanitarian assistance next year in Arid and Semi-Arid Lands.

“At least 4.35 million people are going to bed hungry and about 5 million people cannot access enough water for drinking, cooking, and cleaning,” the United Nations estimates.

“Families are taking desperate measures to survive, including fleeing their homes in search of sustenance, and the risks faced by women and girls have risen sharply since the drought began. There are also growing reports of children dropping out of school and child marriage cases.”

The government is now working closely with local and international partners to cut funding deficits for drought response programs.

“The government and humanitarian partners have stepped up our collective response to save lives and alleviate the suffering caused by this unprecedented drought, but we urgently need more funding to avert the worst-case scenario in 2023,” said

Data from the UN shows that 89 humanitarian partners reached nearly 1 million people with vital assistance between January and September, complementing the government-led response to the drought.