US welcomes withdrawal of Eritrean troops from Axum in Tigray 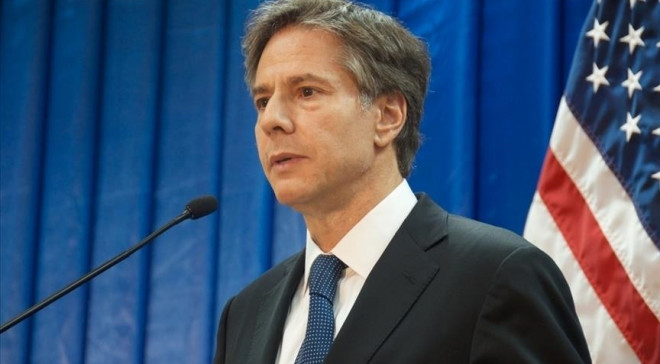 NAIROBI, Kenya - The United States has welcomed the decision by the Eritrean troops to withdraw from the ancient city of Axum in Tigray, where hundreds of Christians were massacred about two years ago during the conflict between The Ethiopian National Defense Forces [ENDF] and Tigray People's Liberation Front [TPLF].

Americans said the withdrawal would encourage peace and stability after the signing of the peace accord in Nairobi and Pretoria last year. One of the conditions was to have Eritrea soldiers withdraw with TPLF and also expected to hand over sophisticated weapons to ENDF.

There were concerns that Eritreans were not willing to withdraw leading to suspicions among TPLF members who demanded their immediate removal. The Eritrean soldiers are directly accused of committing atrocities in Axum and other major towns in Tigray while giving ENDF backup.

Witnesses told AFP on Sunday that Eritrean forces were no longer in the holy city, a UNESCO World Heritage site known for its towering carved obelisks. Similar reports indicate that the troops have also left the strategic town of Shire in Western Tigray.

"I don't see any Eritrean soldiers at the moment in the city," one resident said. "They left... carrying dozens of artillery pieces, anti-aircraft guns, and tanks."

Large movements of troops and armour have also been witnessed in recent days in the Tigrayan towns of Adwa and Shire, which lie on the same east-west road as Axum. Three residents of Shire said they had seen large convoys of soldiers start leaving the town on Friday in buses and trucks, some carrying banners declaring "Game Over".

But locals said some troops remained on Sunday, a move which could derail the implementation of the peace deal. The Ethiopian government had confirmed handing over weapons by TPLF, which had been at loggerheads with the national army.

"I saw Eritrean soldiers patrolling in the town together with members of the Ethiopian National Defence Force," said one Shire resident.

"Eritrean forces are still present in substantial numbers, even though I have seen Eritrean troops stationed in other parts of the city leave in previous days," added a local woman in Adwa.

Antony Blinken, the US Secretary of State spoke on Saturday of their "ongoing withdrawal" in a telephone call with Abiy, who won the Nobel Peace Prize in 2019 in part for his rapprochement with Eritrea.

Blinken called the withdrawal "significant progress" in the peace agreement.

"The Secretary welcomed this development, noting that it was key to securing a sustainable peace in northern Ethiopia, and urged access for international human rights monitors," State Department spokesman Ned Price said in a statement.

East African regional grouping IGAD, one of the peace process mediators, "welcomes every measure undertaken to ensure the smooth implementation of the agreement that will lead to permanent and sustainable peace in Ethiopia", its spokesman Nuur Mohamud Sheekh said in a message to AFP.

Normalcy is slowly returning to the Tigray region after two years of bloodshed with the government of Ethiopia restoring basic services such as electricity, telecommunication, banking, and other social amenities. Prime Minister Abiy Ahmed pledged to ensure stability is embraced by all stakeholders.