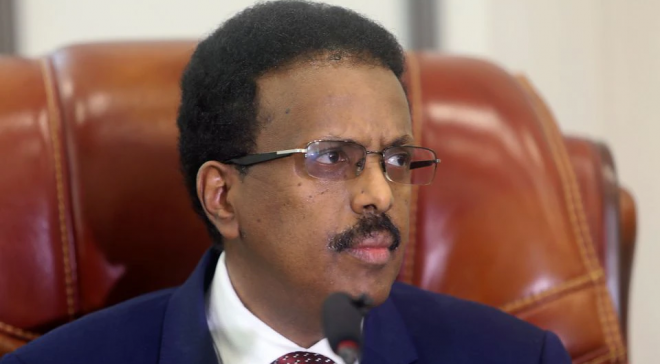 MOGADISHU, Somalia - Disorderliness, drama and general maladministration could best describe the reign of Somalia's President Mohamed Abdullahi Farmajo, whose tenure expired on Feb 8, forcing him to seek legitimacy through all means available.

With the country failing to organize direct elections in time, a dialogue conference attended by most stakeholders in September 2020 resolved to have an improved clan-based model of elections in Somalia, but the content couldn't be implemented after all.

And with an absolute majority in the Lower House, Farmajo mobilized for a term extension which was hastily guaranteed, only to suffer a huge setback following resistance from members of the international community and the restless opposition.

Already, the African Union has appointed former Ghanaian President John Mahama as a special envoy to the country on electoral impasse but despite welcoming the appointment, Villa Somalia has understandably asked AU to replace him, citing his alleged connections with Kenya.

But as the country strives to solve her internal political crisis, Farmajo's administration has seemingly picked Kenya as a boogyman, blaming the East Africa nation for almost all the problems in Somalia. Kenya has often distanced herself and was recently backed by an IGAD report which exonerated her of alleged internal interference of Somalia's politics.

“The two governments agree to keep friendly relations between the two countries on the basis of principles of mutual respect for sovereignty and territorial integrity, non-interference in each other’s internal affairs, equality, mutual benefit and peaceful co-existence,” the statement said.

In response, Kenya welcomed the move, adding that it will work closely with Somali authorities to restore order in a number of sectors, key among them transport. This sector is usually affected whenever the two nations fall apart.

But on Tuesday, Kenya cancelled all flights to Mogadishu safe for those handling medics and humanitarian teams. A NOTAM sent by Kenya Aviation Authority [KCAA] didn't however, indicate the reason behind the latest drastic measures.

While it's difficult to speculate what may have informed Kenya's latest decision, it's however, easy to make speculations. Some had ruled out that resumption of diplomatic ties could affect the ongoing maritime border case at the International Court of Justice [ICJ] where Kenya is a chief part.

Also, the alleged interference of Somalia's internal politics could not stand given that Nairobi has been extremely cautious on commenting publicly the ongoing pre-election stalemate in Somalia. Instead, Kenya has been working with regional blocs to push for the stability of the country.

But the decision by Nairobi could have been informed by Somalia's failure to lift a ban imposed on Khat [Miraa], thus significantly affecting Kenya's export market. Somalia, which receives most of Khat from Kenya, had banned it last year over the "Covid-19 pandemic".

A note issued by Somalia Civil Aviation Authority [SCAA] indicated that the ban on Khat flights to Somalia is still active, warning that those found violating the same will face severe consequences, arguing that it's the position of the federal government of Somalia.

Ahmed Moalim Hassan, Director General Somalia Civil Aviation Authority [SCAA], said any aircraft which would be found in violation of the orders, will take personal responsibility. According to him, the ban is still active and "nothing has changed".

"Somalia Civil Aviation Authority [SCAA] has the honour to inform all the operators that carrying Mirra to Somalia is still prohibited, and the policy of the federal government of Somalia did not change regarding the transportation of Mirra to Somalia airports," he said.

"Transporting Mirra without clearance from SCAA will be considered an unlawful act and violation of Somalia's airspace. Thus, we would like to advise all operators to not act on transporting Mirra to Somalia until further notice from the authority," the director added.

Kenya is one of the chief exporters of Miraa to Somalia and the farmers from East Africa nation makes millions of dollars annually. President Uhuru Kenyatta had dispatched a delegation led by Interior Cabinet Secretary Dr Fred Matiang'i to Mogadishu over the Miraa ban.

And this, analysts believe, could have informed Kenya's decision to ban all flights to Somalia as a form of retaliation. Somalia said it was "shocked" by the decision, adding that it could further jeopardize the normalization of diplomatic ties.

Investigations done by Garowe Online indicate that some senior Somali government officials are against the importation of Khat from Kenya, and instead, have signed a contract with Ethiopia, whose relationship with Somalia has significantly thrived in recent days.

There are claims that a brother to President Mohamed Abdullahi Farmajo is seeking to enjoy the monopoly of Khat from Ethiopia due to his deep connections in Addis Ababa. But Somalia has often maintained that Khat was banned from all corners of the world.

In recent months, President Mohamed Abdullahi Farmajo has been working closely with Ethiopia Prime Minister Abiy Ahmed and Eritrea President Isaias Afwerki, thus strengthening the tripartite agreement. It's not clear if Khat business was among those agreed by the three nations.

Goitom Gebreluel, a political analyst focusing on the Horn of Africa and Managing Director of Hatèta Policy Research, blames the cooperation between the three leaders, adding that they are against federalism due to their urge for a centralism approach in their governance models.

"The destabilisation of the Horn of Africa is primarily a function of the domestic politics of Ethiopia, Eritrea, and Somalia. Abiy, Afwerki, and Abdullahi forged the tripartite alliance in 2018 with the aim of moulding the regional order according to their domestic political ideals," he says.

"The three leaders are opposed to federalism, the accommodation of ethnonational diversity, and institutionalised governance. Instead, they prefer a centralised state under the command of a strongman who rules by fiat."

Somalis, the losers in the fiasco

On Tuesday, Farmajo travelled to Uganda where he will be attending the inauguration of President Yoweri Museveni, who was elected for the sixth term. But back in Somalia and ahead of Eid-ul-Fitr, he left a number of questions unanswered, including the latest development from Nairobi.

With the suspension of trips to Somalia, Kenya might have as well increased burden on many innocent Somalis who may be having plans to connect with their loved ones ahead of Eid-ul-Fitr celebrations later this week. There are many Somalis who travel to and fro Kenya.

Those who may be willing to come to Somalia or travel to Kenya will be forced to dig deep into their pockets. This means they will have to connect Mogadishu from Kampala, Khartoum or Addis Ababa, which are usually longer routes.

While Farmajo may be having his own personal interests on the matter, thousands of civilians will now have to bear the burden of a frosty relationship. A number of analysts believe Kenya should have spared Somalia, arguing that based on the fact that Farmajo lost legitimacy, it wouldn't be advisable to "punish" Somalis for "his sins".

While it's not clear how long the push and pull between the two countries will go, it's however definite that ordinary people from the two countries will significantly suffer especially on matters of business. There are no indications that President Uhuru Kenyatta and Mohamed Abdullahi Farmajo will meet any soon to solve the impasse. 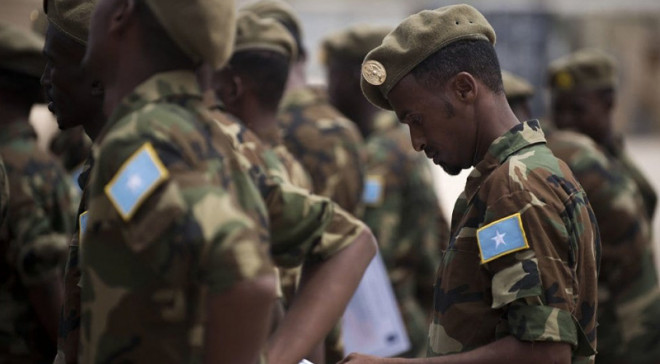 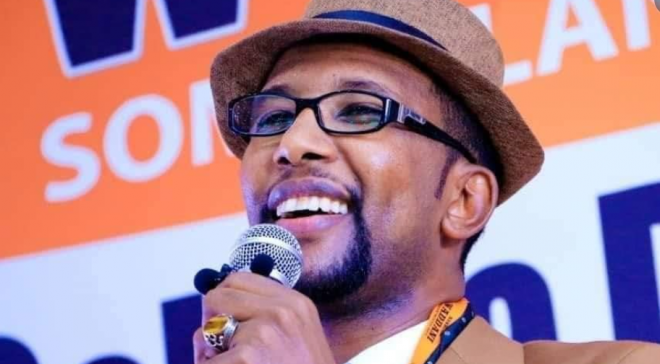 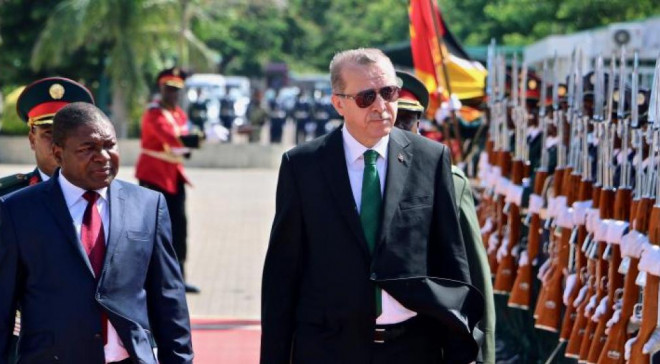 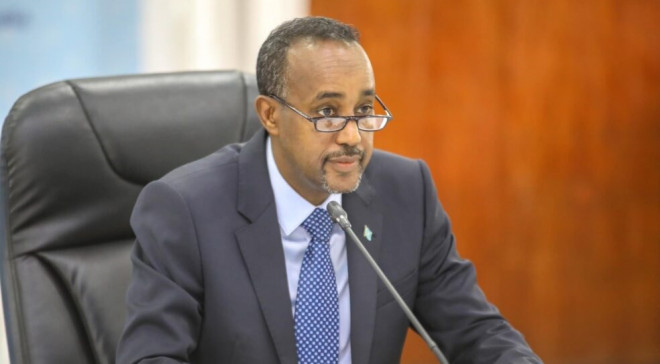 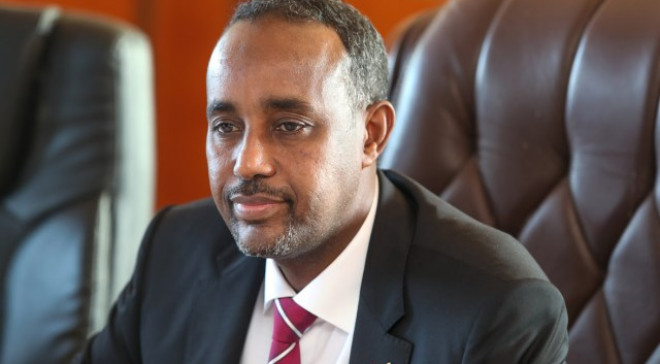 "Kenya should have been tolerant of Somalia as the political situation in the country changes, not respond to outgoing FGS, failed in foreign policy. Ban on flights is painful, hardly affects suffering people more than Farmajo who strained ties with Kenya and others on own interests," says Mohamed Farole, the senior security advisor to Puntland presidency.