Al-Shabaab raids AU forces base in Somalia with mortars 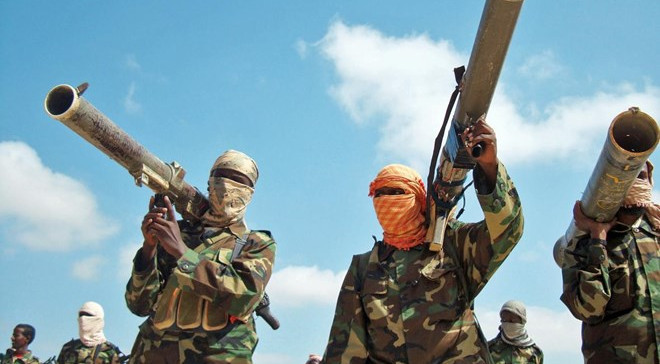 MOGADISHU, Somalia - The relentless Al-Shabaab militants have continued to intensify attacks across Somalia, even just a few hours before the much anticipated presidential election scheduled for May 15, which would be defined in the history of the Horn of Africa nation.

Senators and Lower House members will be electing the president of the federal republic of Somalia with the race attracting a record 39 candidates amid safety concerns. The Al-Shabaab group has been targeting security forces and even senior government officials in recent months.

There are Somali National Army [SNA] and ATMIS camps in the area, but no reports of shells landing in the Forward Operating Bases. However, preliminary reports indicate that civilians may have been impacted by the shelling during the incident.

Last week, Al-Shabaab attacked an AU base manned by Burundi National Defense Forces, who serve in ATMIS. According to verified reports, the attack left at least 30 soldiers dead and dozens of others critically injured. It was the first major attack since ATMIS took over.

Elsewhere, state media reported that 17 Al-Shabaab terrorists were killed and nine of their hideouts destroyed in a special security operation carried out by Somali National Army’s commandos [DANAB] in Somalia’s Jubbaland and the Southwest States in the past 24 hours.

The special forces have been carrying out operations throughout this electioneering period with the aim of keeping the country safe from attackers. Stakeholders have often questioned the state of preparedness in the fight against Al-Shabaab.

On Wednesday, Lower House Speaker Aden Sheikh Madobe condemned the morning suicide bombing at NISA's KM4 checkpoint during candidates' speeches to the parliament. He instructed security forces to show extra diligence and prevent further terror attacks as Mogadishu will host a presidential vote on May 15.

Somali police spokesman Col. Abdifatah Aden Hassan said the bomber attempted to kill a senior SNA commander named Gen Garabarey at the NISA's airport checkpoint in the KM4 vicinity. Four were killed in the attack but the top commander who was targeted survived because he was in a bulletproof vehicle.