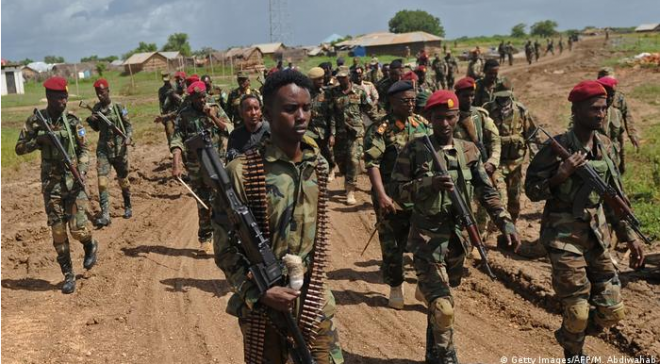 The Somalia National Army (SNA) told Radio Mogadishu that the security operation which was carried out by its special forces, Danab, also saw nine of al-Shabab hideouts destroyed in southern and southwestern states.

"Seventeen al-Shabab terrorists were killed and nine of their hideouts destroyed in special security operations carried out by SNA commanders in Somalia's Jubaland and Southwest states in the past 24 hours," the radio reported.

The government forces have stepped up operation against al-Shabab blamed for staging sporadic attacks targeting African Union and government key bases including public places in Mogadishu and elsewhere across the country.

The intensified operation also comes ahead of the long-delayed presidential elections to be held in the capital, Mogadishu, on Sunday.