Farmajo warned against negotiating with competitors over term extension 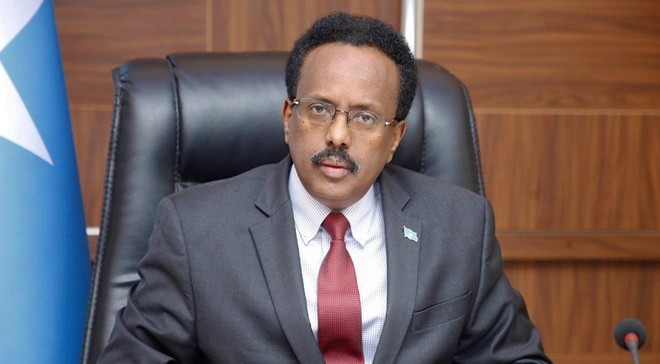 MOGADISHU, Somalia - Outgoing President Mohamed Abdullahi Farmajo should not negotiate with competitors over the recently approved term extension, an MP allied to Villa Somalia has warned, amid growing pressure from the International Community over the resumption of dialogue.

Lower House approved an illegal term extension for two more years contrary to an initial September 17 electoral agreement that would have seen the country embrace an improved clan-based model of elections.

And Dahir Amin Jesow, a federal MP, now says MPs allied to the government will kick out President Mohamed Abdullahi Farmajo should he decide to negotiate with competitors over term extension, adding that "the house has the mandate to extend terms".

Jesow, one of the Villa Somalia's closest associates, was speaking at a rally in support of Farmajo's illegal extension. He said the Lower House carries aspirations of the people, adding that they have a right to extend Farmajo's term in accordance with the constitution.

The move has been condemned by members of the international community and the country's opposition leaders, who have demanded that the country goes back to the negotiation table for the purpose of peace and stability in the fragile democracy.

The statement from the MP comes at the time Finance Minister Abdirahman Beileh admitted that most donors had stopped funding Somalia's budget, adding that the government is almost broke. He was speaking in a Zoom meeting with supporters of the president.

Somalia depends mostly on donors, some of who have threatened to cut funding due to the current electoral impasse. Some of the groups which have made their intentions known are the European Union and the United States of America.

"Farmajo chose conflict over the consensus. Dictatorship over democratic norms. Extension over election a centralization over federalism.Violence over reconciliation. Suppression over freedom. Isolation over the international partnership," opposition leader Abdirahman Abdishakur said over Farmajo's term extension.