How Farmajo is allegedly frustrating pre-election talks in Somalia 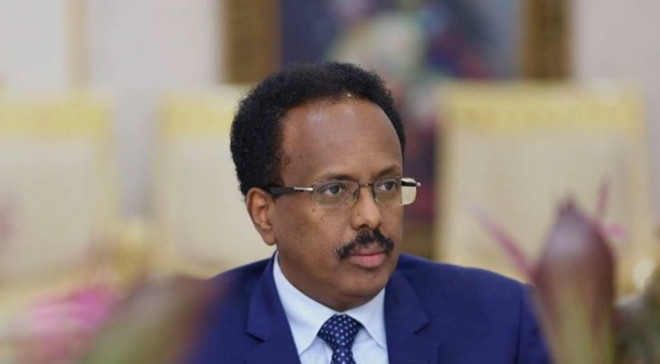 Deni said Farmajo's team was uncomfortable with some of the suggestions for agenda-setting, which allegedly made him uncomfortable. He claimed that Villa Somalia was against discussion on the legitimacy of the current administration.

Legally, the government of Somalia's mandate expired on Feb 8, leading to questions about legitimacy. Also, Deni argued that the government was not ready to have security arrangements discussed as part of the agenda or even the presence of the international observers in the upcoming talks.

"The president refused to talk about his mandate after Feb 8, security of the country, and how to run the election," he told VOA, adding that he and other FMS leaders, after all, are ready to meet again with Farmajo to break the deadlock and lead to Somalia to a peaceful election.

The Puntland president further said Wednesday's meeting ended with the understanding the sides will make further consultations before returning to the negotiating table. He admitted agenda has not been agreed upon, blamed Farmajo for not accepting their proposals.

"If the president does not want to talk about what happened after February 8th, and not to raise questions over the security responsibility and wants to run the election as he pleases, now what else can we talk about," said President Deni.

Also, Deni alleged that the Federal Government statement and video of Minister Dubbe were pre-written and pre-recorded, a clear indication that Farmajo doesn't want the country to go to an election.

Insiders say Farmajo only wants the implementation of the September 17 pre-election deal and Baidoa recommendations to be points of reference in the meeting, locking out suggestions by Puntland, Jubaland, and presidential candidates.

Deni and his Jubaland counterpart Ahmed Madobe had also tabled points including former presidents, civil society, parliament leadership to be invited to the opening of the next electoral summit, to deliver their suggestions.

The international partners were asked to be a guarantor of the deal but they said they will be the only witness of the agreement. This was refused by Farmajo to include in the agenda.

Already, presidential candidates have supported the position taken by Jubaland and Puntland on the stalemate, also blaming the federal government for allegedly dragging the process, even in the middle of pressure from the international community.

"It is unfortunate the National Consultative in Afisyoni has collapsed. The conference was awaited by Somalis and the International community, this will have dire consequences for the country and its elections. Farmajo is responsible for the failure he never wanted free+fair elections," noted Hussein Guled, a presidential candidate.

The Puntland president who has been in Mogadishu for a month has called on President Farmajo to be advised to avoid the country from ruining into his hands, adding that they were ready for any solution to the electoral stalemate and move forward.

Farmajo whose 4-year mandate expired on February 8 has been reluctant to make compromises in the interest of Somalia and willing to rule the country beyond his constitutional mandate.