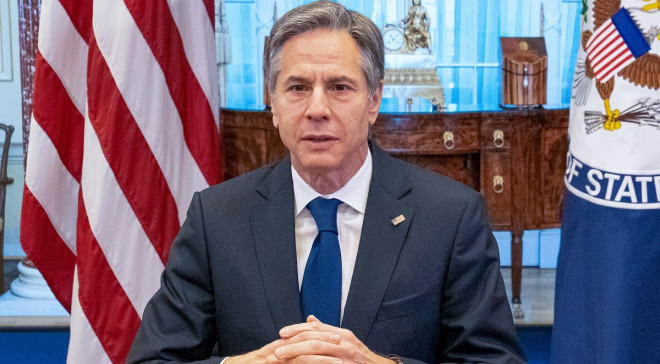 WASHINGTON, Somalia - The United States has yet again stressed the need to have a reconciliation between outgoing President Mohamed Abdullahi Farmaajo and Prime Minister Mohamed Hussein Roble, noting that a timely solution would be important to the Horn of Africa nation.

For almost two months, the two leaders have been at loggerheads over matters administration of the country, often showing their differences in public. The death of Ikran Tahlil, a junior employee within the National Intelligence Security Agency [NISA] triggered animosity.

In fact, a furious Farmaajo suspended the powers of Prime Minister Mohamed Hussein Roble, a move that was rejected by the PM and his team. Since then, they have been battling over the control of security agencies and upcoming elections.

US Assistant Secretary of State of African Affairs Mary Catherine Phee held a discussion with Somalia's Foreign Affairs Minister Abdirizak Mohamed, where they agreed also to have elections held within the required timelines.

"Delighted to receive Abdirizak Mohamed today at State Department, where I stressed Somalia must complete elections this year and Farmaajo and Mohamed Roble need to resolve their dispute quickly. The U.S. remains committed to Somalia’s peace, security, and prosperity," she said.

The US is one of the major partners of the Horn of Africa nation which has come out and called for an immediate ceasefire between the two leaders. Roble is currently in charge of elections in Somalia, a move that is said to have made Farmaajo uncomfortable.

Somalia has already held senatorial polls and in the coming days, the Lower House elections are expected to kick off across the country. The top political leaders in the country are keen to have their candidates win Lower House polls given they play a key role in presidential polls.

Farmaajo's term expired in February this year but he has continued to remain in office due to delays in holding elections. He's set to face former Presidents Sharif Sheikh Ahmed and Hassan Sheikh Mohamud along with former PM Hassan Ali Khaire and Wadajir leader Abdirahman Abdishakur in presidential elections.