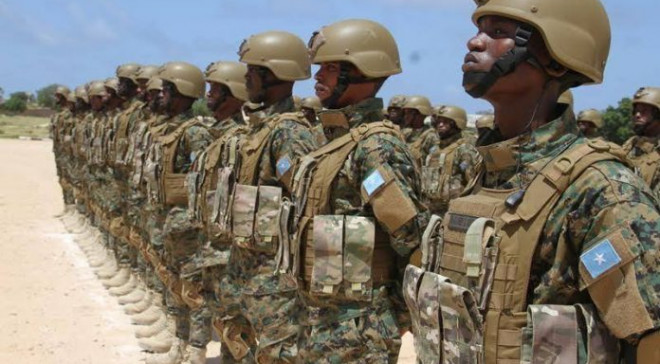 MOGADISHU, Somalia - Somali National Army (SNA) said its forces have taken over several bases which were under al-Shabab areas during early Wednesday operations in Galgaduud, in the central part of Somalia.

The latest move comes after the SNA liberated Sinadhaqqo and Labi Dulle areas during operations conducted last week in Galgaduud in which dozens of terrorists were killed and weapons recovered.

Tahlil said the extremists were planning to carry out terror attacks in those regions, vowing that the troops will intensify operations against al-Shabab extremists in southern and central regions to liberate move regions.

The al-Shabab was routed from Mogadishu in 2011 by the 22,000-strong African Union Mission in Somalia (AMISOM) and has had to abandon most of its strongholds, but it still controls vast rural areas and remains the key threat to peace in Somalia and also carries out attacks in neighboring Kenya.