Somalia a step closer to joining the East African Community 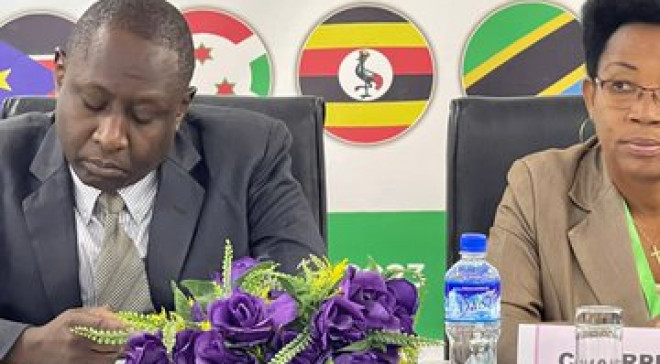 MOGADISHU - Somalia is a step closer to joining the East Africa Community [EAC], an organization that brings together countries in the East and Central parts of the continent, whose association boosts the economic fortunes of member states besides helping with integration.

Somalia made an official application to join EAC during the reign of Mohamed Abdullahi Farmajo but the dream could not be realized in time due to bureaucracy in the entire process. The East African head of state and governments did approve the quest by the Horn of Africa to join.

In a tweet, East Africa Community noted that a delegation for thorough verification is set to be dispatched to Somalia on Wednesday [today] and is expected to do due diligence before reporting to Arusha. There are high expectations that Somalia will manage to be registered as a member state.

"The EAC is set to officially launch the Verification Mission to assess the Federal Republic of Somalia's readiness to join the EAC, today, at 9 AM, EAT," read the tweet from EAC, which comes amid heightened campaigns to have the country admitted to the regional economic bloc.

"The verification team in Mogadishu comprises Senior officials from all EAC Partner States, " the organization added, noting that the result for verification will be tabled to the Secretariat for further directives before the head of states and governments sit in Arusha for final approval.

Somalia would join Burundi, Rwanda, and DR Congo as states outside the region to be admitted to the economic bloc. Initially, Kenya, Uganda, and Tanzania were the founding member states of the organization. The community disintegrated in 1977 during the authoritarian regime of Uganda's Idi Amin but would be revived later.

President Hassan Sheikh Mohamud who has already visited Uganda, Kenya, and Tanzania expects to have the country admitted in the coming days. Somalia is currently battling Al-Shabaab militants and there is hope that the country would reap big through cooperation within the belt in East Africa.