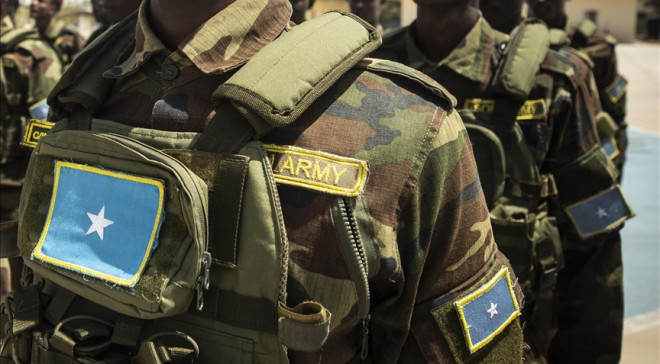 MOGADISHU, Somalia - Hundreds of Al-Shabaab terrorists have been killed in the past week across the country, the Federal Government of Somalia [FGS] has said while lauding the Somali National Army [SNA] and the international partners for their role in eradicating the militants who have been wreaking havoc in the country.

Daudi Aweis, the minister for information of the federal republic of Somalia, said the military has managed to kill hundreds of the militants in the last week, lauding the military for their role in flushing out the militants. Particularly, he noted the progress made in Haradhere District and Gal'ad town in central Somalia.

The progress made in the last seven days, he added, will be replicated across the country as Somalia aims at restoring peace and stability which has been lacking for the last three decades. The minister said local militia have also been key in identifying and flushing out Al-Shabaab.

"In a press conference held in Mogadishu, on Wednesday, the Information Minister Daud Aweis highlighted Somali National Army’s achievements in the ongoing operations against terrorists for the last seven days," state media noted.

In Gal'ad, the militants left after getting wind of the advancing Somali National Army and partners before reorganizing themselves for a major onslaught on the national army. In their statement, they claimed hundreds of SNA soldiers were killed besides confiscating over 45 armoured vehicles.

President Hassan Sheikh Mohamud who has been reaching out to international partners for support noted that Al-Shabaab will be completely eliminated from Somalia in the coming weeks, noting that there is a probability that they will be edged out of Galmadug and HirShabelle states.

On Monday, the president opened a three-day forum involving religious scholars in the country who are expected to help the country fight violent extremism by warning locals against a partnership with Al-Shabaab. Religious scholars are respected across Somalia due to their role in the education sector.