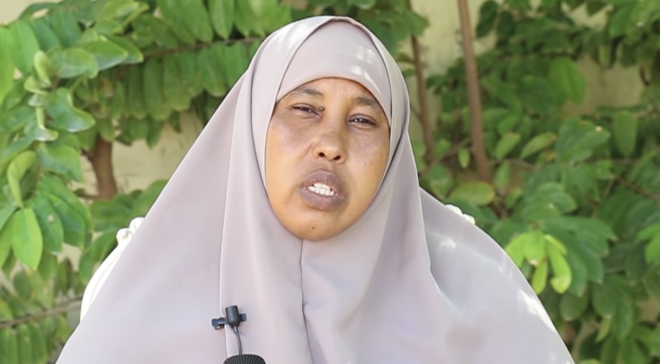 MOGADISHU, Somalia - Qaali Mohamud Guhad, the mother of a missing National Intelligence Security Agency [NISA] agent has rejected the report on Ikran Tahlil's death, noting that investigations were shoddy and uncalled for.

Initially, the mother to the slain NISA agent had accused outgoing President Mohamed Abdullahi Farmaajo of being the stumbling block towards investigations of the mysterious death, adding that the military court was the most qualified entity to look into the matter.

On Sunday, Gen. Abdullahi Bulle Kameey, the Attorney General of the Armed Forces, said the much-awaited investigation into the killing of Ikran Tahlil found no evidence that alleged NISA officials behind the murder of the missing girl.

He said she fell into Al-Shabaab and was subsequently executed. The Al-Qaida linked group has persistently rejected the reports, noting that the lady was killed by top government officials especially those working in NISA.

Mrs. Qaali noted the report was a fabricated lie aimed to cover up the criminals and did not reflect the facts. For a long time, she has joined Prime Minister Mohamed Hussein Roble in calling for her daughter's justice.

Ms. Ikran Tahlil went missing on June 26 and the government could later issue a statement noting that she had been killed by Al-Shabaab militants. However, the government has never given evidence including surrendering the body to her family.

There were reports that she had evidence of the missing soldiers training in Eritrea, something which could have triggered her death. The government had denied the presence of soldiers in Eritrea, only to admit later on.