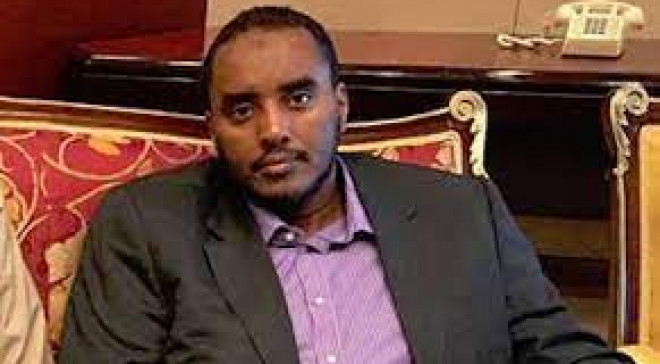 MOGADISHU, Somalia - The Director of the National Intelligence Security Agency [NISA] Fahad Yasin is among those who met the Qatari delegation which has been pitching a tent in Somalia as the country strives to strike a consensus on pre-election stalemate which has lasted for a couple of months.

Qatar, a close ally of outgoing President Mohamed Abdullahi Farmajo, has been closely involved in reaching an agreement on conducting elections in the Horn of Africa nation, a move which has often rattled the opposition in the country.

On Sunday, sources told Garowe Online that Mutlaq Alqahtani, the special envoy from Doha, met with Fahad Yasin, a man who has often been accused of militarizing security in Somalia. Yasin is a close ally of President Mohamed Abdullahi Farmajo.

According to sources, the meeting reflected on stamping authority and stability in the country which is on the brink of collapse. While Fahad is very close to the security apparatus in Doha, the country worries that the current crisis can get out of hand and negatively affect its investment in Somalia.

Before taking over the important docket, Yasin had been working with the Doha-based Al-Jazeera media station, thus his close ties. He is often blamed for the current political stalemate in Somalia which could trigger endless wrangles.

But before this meeting, Mutlaq Alqahtani held a series of meetings with political bigwigs in the country. Among them was Prime Minister Mohamed Hussein Roble, who is tasked with holding free and fair elections in the country.

According to Prime Minister's Twitter account, they discussed strengthening ties between the two countries, the fight against terrorism, and election issues. Somalia is a close business partner of Qatar.

"I applaud our people for their patience and ask them to stand by the Government in maintaining law and order. Finally, I would like to acknowledge our international partners for their support in state-building in Somalia and urge them to support us in the difficult task ahead," Roble said.

Senate Speaker Abdi Hashi, a fierce critic of President Mohamed Abdullahi Farmajo, had held a meeting with the Qatari delegation which majorly revolved around the electoral crisis. The team also met Lower House Speaker Mohamed Abdirahman Mursal, a close ally of the president.

Sources also indicate that the chief envoy will now meet Puntland President Said Abdullahi Deni and Jubaland counterpart Ahmed Madobe later on in Nairobi this week. Qatari is a self-imposing mediation process in Somalia without the approval of the international community.