MOGADISHU, Somalia - A former Turkish envoy to Somalia has endorsed a speech delivered by Puntland President Said Abdullahi Deni, which questions the commitment of the federal government is pushing for stability in the country, which is struggling with a host of challenges since independence.

Kani Torun, who served as the Turkish envoy to Somalia, said the speech by Deni on Sunday should be a wake-up call to all international partners, warning that the friends of Somalia should come out and help the country come with solutions over the electoral stalemate.

Deni, in a statement, accused outgoing President Mohamed Abdullahi Farmajo of plotting to cling to power, adding that he is keen to promote dictatorial tendencies in the country. Farmajo's term expired on Feb 8, but the country is yet to find a clear path to elections.

"Puntland president’s warning should be a wake-up call for International Community [UN Somalia and US 2SOMALIA]. Africa does not need another dictator or bloody civil war. IC must act quickly before it’s too late," he said.

But on Monday, the United Nations held an emergency meeting to discuss Somalia's election quest, in which stakeholders were asked to convene a meeting and find a way to implement the September pre-election deal. Jubaland and Puntland have rejected the meeting, questioning the legitimacy of Farmajo.

"It is important that all parties act with common sense by avoiding steps that may lead to violence, and that the Federal Government and Federal Member States' Leaders come together and try to resolve disputes with an inclusive and constructive dialogue on the basis of the agreement reached on 17 September 2020," Turkey said.

"We believe that the friendly and brotherly people of Somalia have the will and political maturity to determine their own future. In this context, we hope that a consensus will be reached on the election process, on the basis of mutual understanding without further delay."

Somali government had earlier asked UAE to apologize for referring to Farmaajo's administration as "interim govt" besides claiming Mogadishu used excessive force against demonstrators. Osman Dubbe , the information minister, said the govt is waiting for an apology.

Deni's speech continues to trend online, where pundits are noting some of the revelations he made about Farmajo, including an alleged scheme to dismantle the federal system and replace them with centralism. Puntland also wants the withdrawal of troops from the Gedo region. 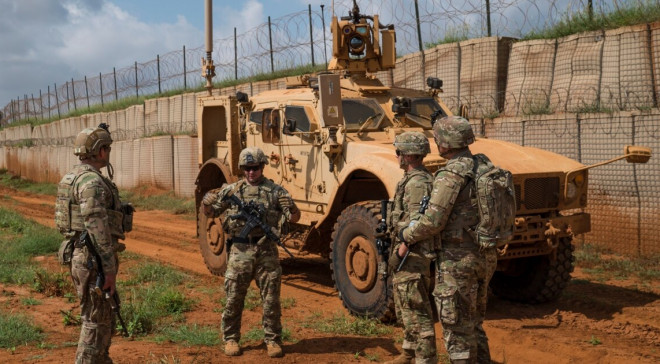