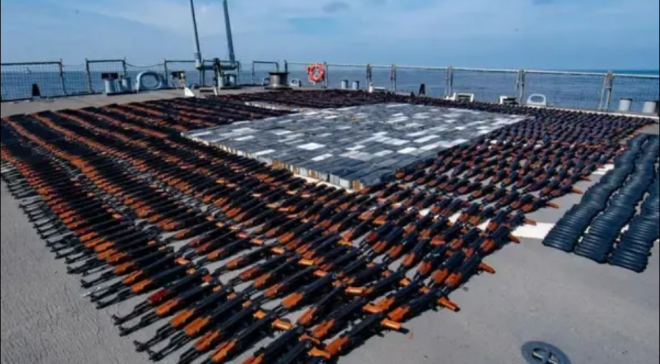 Weapons seized from a stateless fishing vessel in the North Arabian Sea, Dec. 21, 2021. (US Navy)

Thousands of rocket launchers, machine guns, sniper rifles, and other weapons seized in the Arabian Sea by the U.S. Navy in recent months likely originated from a single port in Iran, according to a confidential United Nations report that provides some of the most detailed evidence that Tehran is exporting arms to Yemen and elsewhere.

The draft report prepared by a U.N. Security Council panel of experts on Yemen said small wooden boats and overland transport were used in attempts to smuggle weapons made in Russia, China, and Iran along routes to Yemen that the U.S. military has tried for years to shut down. The boats left from the Iranian port of Jask on the Sea of Oman, the U.N. report said, citing interviews with the boat’s Yemeni crews and data from navigational instruments found on board.

Iran has openly supported the Houthis in their conflict in Yemen and abroad against targets in Saudi Arabia and the Red Sea but has long denied providing the group with arms. Iran told the U.N. panel that its weapons weren’t sold, transferred, or exported to Yemen. A spokesman for Iran’s mission at the U.N. said he couldn’t comment immediately.

Once an obscure port that exported fruits and vegetables to Oman, Jask is a small port town in Iran’s southeast that has grown in strategic significance in the past decade. In 2008, it started hosting a naval base, and an oil-export terminal opened there last year.
U.S. officials said Jask has been used as a departure point for Iran’s Islamic Revolutionary Guard Corps for some time, but the U.N. report provides the first detailed evidence about specific arms shipments tied to the port.

The persistent ability of Yemen’s Houthis to obtain smuggled weapons has helped give the group the upper hand in a seven-year civil war, the report said, despite the intervention of Saudi Arabia and an Arab coalition that has used air power to pound rebel positions. The Houthis control Yemen’s capital, San’a, and its major port, Hodeidah, and are closing in on the oil-rich city of Marib.

Nasr al-Din Amir, deputy chief of the Houthis ministry of information, said the U.N. panel of experts on Yemen wasn’t neutral and called Iran smuggling weapons into the country “an illusion.” He said an air and sea blockade didn’t allow necessities into Yemen, “let alone the alleged weapons.”

”Seaports and airports are shut, so how can these alleged weapons can reach us?” Mr. Amir said.

The U.N. panel’s findings—part of a broader sanctions report on Yemen reviewed by The Wall Street Journal—provide a rare detailed view into Iran’s alleged support for armed groups across the Middle East. The issue has loomed over talks in Vienna to revive an international deal to limit Tehran’s nuclear program, with Israel and some Persian Gulf states calling for more limits on Iran’s support for militias.

The U.S. military has tried for years, with varying degrees of success, to choke off the flow of weapons heading to the Houthis. Deliveries of weapons to the Houthis is a violation of a U.N. arms embargo imposed on the rebel group since 2015.

The U.N. panel closely examined two shipments confiscated by the U.S. Navy in 2021 and one by Saudi Arabia in 2020, all of which the report said likely originated in Jask.

A small wooden vessel known as a dhow was intercepted south of Pakistan in the Arabian Sea by the U.S. Navy in May 2021 after leaving Jask, the report said. The boat contained 2,556 assault rifles, and 292 general-purpose machine guns and sniper rifles made in China around 2017, the report said, as well as another 164 machine guns and 194 rocket launchers consistent with those produced in Iran.

The ship also held telescopic sights made in Belarus. Minsk told the U.N. that the equipment was delivered to the Iranian armed forces between 2016 and 2018. The Belarus mission at the U.N. didn’t respond to a request for comment. Other weapons seized had initially come from Russia and Bulgaria.

“The mix of the weapons indicates a common pattern of supply, likely from government stocks, involving dhows in the Arabian Sea, which transport weapons to Yemen and Somalia,” the report said. It added that thermal weapon sights seized in June 2021 at a crossing between Oman and Yemen had also been manufactured by an Iranian-Chinese partnership.

The U.N. panel said it couldn’t say whom the seized weapons were intended for, but the location of the seizures—which also include the Gulf of Aden and Pakistani and Somali waters—have been previously described by the U.S. as transit routes for Iranian deliveries to the Houthis.

In February 2021, a wooden boat loaded with weapons, manned by a Yemeni crew, was seized by the U.S. as it was about to transfer its cargo to another small vessel near Somalia, the U.N. report said. The vessel carried 3,752 assault rifles that likely came from Iran, based on their technical characteristics, along with hundreds of other weapons such as machine guns and rocket launchers, the report said.

Last month, the U.S. Navy said it seized 8,700 weapons in 2021, including 1,400 AK-47 assault rifles and 226,600 rounds of ammunition confiscated from a fishing boat with five Yemeni crewmen that America said came from Iran in December.

Ned Price, a State Department spokesman, said the December seizure was “another example of how malign Iranian activity is prolonging the war in Yemen,” where U.N. and U.S. efforts to broker a cease-fire have repeatedly failed. Mr. Price said smuggled weapons were helping the Houthis in their push to seize Marib, a strategic Yemeni city on the border with Saudi Arabia.

“Iran has developed a multitude of ways to deliver weapons to Yemen and has never stopped,” said a senior U.S. official. “Every time we make some new seizures, Iran finds a new way to move weapons.” 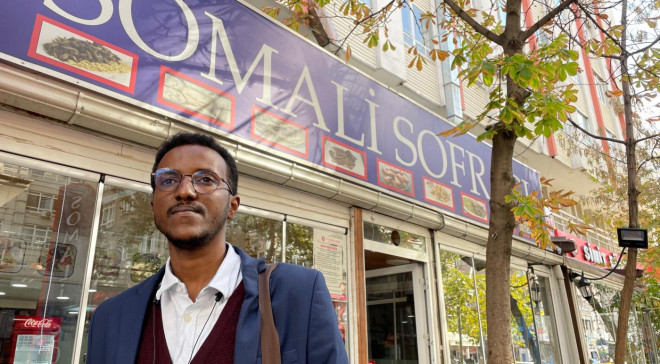 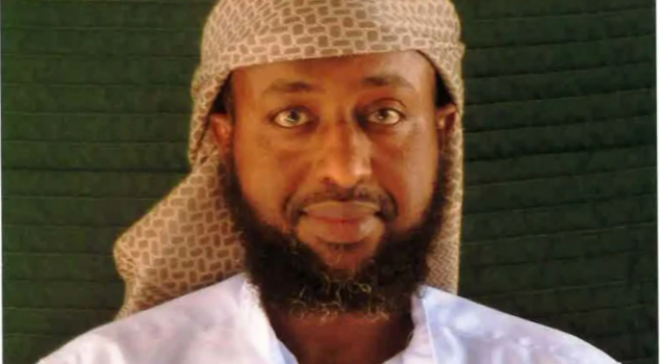 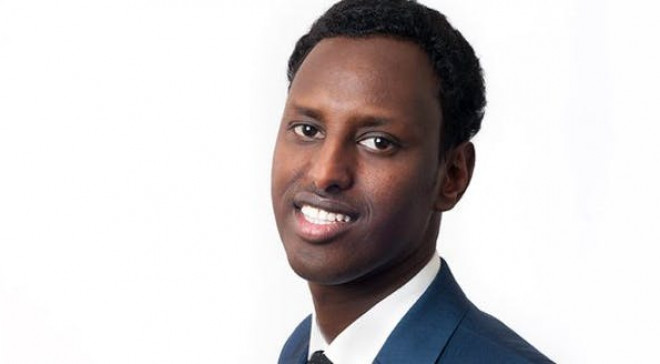 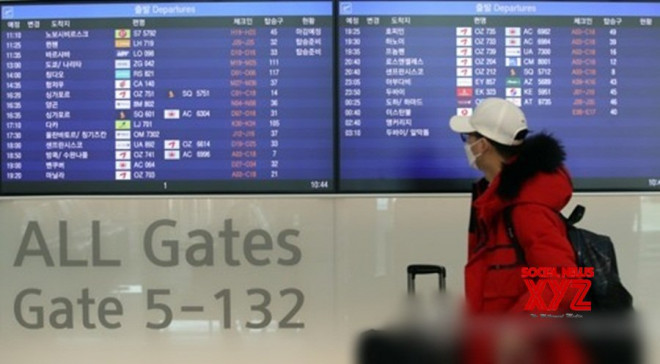