Lytton: The hottest town in the world 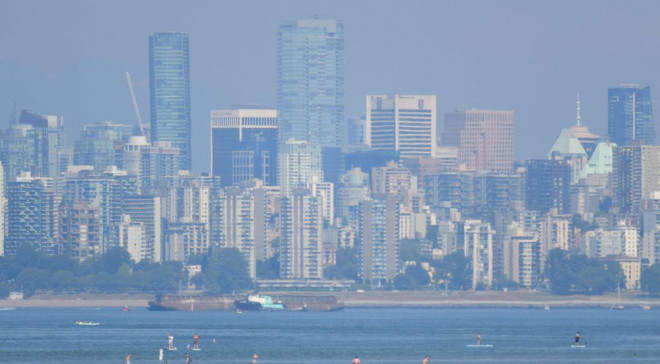 CANADA - The world is so different that people sleep and wake up at different times due to changing Time Zones, something which we cannot change. Some of these things are so unique that people keep wondering about the circumstances behind them.

A few days ago, Lytton town, British Columbia in Canada officially became the hottest town in the world. On Monday, the temperatures were at 47.9C [118F] and by Tuesday, it recorded 49.6C, even beating Las Vegas by far.

The town is located 59° N latitude same as London, UK and ideally, the town should not be hot. Initially, Seattle was the hottest town in the world at 108F but this keeps changing, with some towns in America overtaking it.

The heat was accompanied by a storm that has been in making for a long. After centuries of fossil fuel burning and decades of warnings from scientists, it’s time to say it: we are in a climate emergency, argues Eric Holthaus, a meteorologist, author of The Future Earth, and founder of Currently, a weather service built for the climate emergency

"It’s the mountains of the Pacific coast that have had an essential and unique role in making this particular heatwave possible. Climate change is not just warming the surface of the planet, it’s warming Earth’s entire troposphere – the lowest layer of the atmosphere where all our weather occurs," he notes.

"That’s particularly true in mountainous areas, where temperatures are rising even faster than elsewhere. When snow and ice recedes or even disappears from mountains, the bare soil beneath can warm unimpeded. A 2015 study found that mountainous areas above 2,000 meters (6,500ft) are warming about 75% faster than places at lower elevations."

Downstream of Lytton, flood warnings are now in effect for the river valleys as sudden snow and ice melt has created a torrent of rushing water. For the time being, Canada’s glaciers are melting so fast they’re flooding out homes under clear skies, he says as quoted by the Guardian.

It’s young people braving heat stroke to demand climate action from a president who promised it to them. It’s the anxiety of not knowing when or where the next heat wave will be, but knowing that it’s coming. It’s about surviving a society where decades of racial segregation mean that redlined neighborhoods are 15 degrees hotter than others.

While the temperatures have fallen in Seattle and Portland, this heatwave continues to rage for folks in eastern Washington. Farmworkers in the Yakima Valley will be dealing with temperatures over 100F (38C) until at least Monday – six more days. In parts of Pakistan and along the shores of the Persian Gulf, heat waves are already hitting temperatures that are too hot for even healthy people to survive outdoors.

If the climate is what defines a place – the shape and character of our neighborhoods, the kinds of plants and animals that live nearby, the activities we can enjoy – then we are changing what makes us, us.

“It’s warmer in parts of western Canada than in Dubai,” said David Phillips, senior climatologist for Environment Canada in an interview with CTV. “I mean, it’s just not something that seems Canadian.”

The most shocking part is that all this is happening with just two degrees Fahrenheit of global warming in the 150 years since we started burning fossil fuels on a large scale. On our current path, we’re heading for another three to five degrees of warming in half that time.

At this point, building a world that can thrive will require “rapid, far-reaching and unprecedented changes in all aspects of society” according to the Intergovernmental Panel on Climate Change, the world’s leading body of climate scientists.

Climate change isn’t just a thing that’s happening, it’s a series of choices made by actual people who are sharing this planet with us. Indigenous resistance to an economy built on extraction needs to be scaled up and combined with climate reparations to the people and places who are most affected.