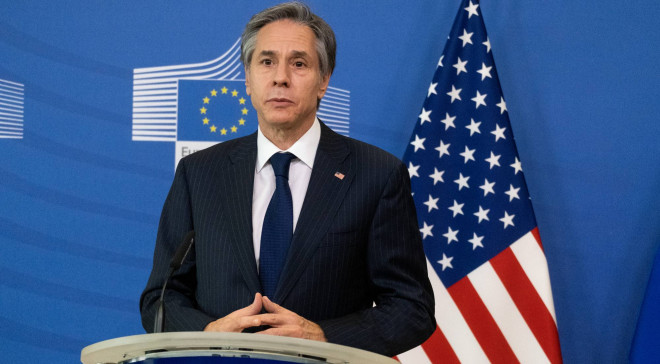 WASHINGTON - An unspecified number of Eritrea and Ethiopian officials will not be able to access visas for the United States over what Washington links to atrocities committed in the Tigray region of Ethiopia, in a war that has left thousands dead according to unverified reports.

Since November 2020, the Ethiopian National Defense Forces [ENDF] with reinforcement from Eritrean troops and Amhara regional forces, have pitched a tent in the Tigray region, where they have been purportedly pursuing Tigray People's Liberation Front [TPLF] fighters.

But even after the capture of Mekele, the regional administrative capital of Tigray, the troops have been targeting innocent civilians according to multiple independent reports, leading to the current catastrophe, that has left many dead, others injured, raped, or displaced.

Antony Blinken, the US Secretary of State, on Sunday issued travel restrictions that target those believed to be perpetrators of the violence. The names and the identities of those targeted were not immediately available to the media.

"Today, I am announcing a visa restriction policy under Section 212(a)(3)(C) of the Immigration and Nationality Act on the issuance of visas for any current or former Ethiopian or Eritrean government officials, members of the security forces, or other individuals—to include Amhara regional and irregular forces and members of the Tigray People’s Liberation Front (TPLF)—responsible for, or complicit in, undermining resolution of the crisis in Tigray," read the statement.

"This includes those who have conducted wrongful violence or other abuses against people in the Tigray region of Ethiopia, as well as those who have hindered access of humanitarian assistance to those in the region. Immediate family members of such persons may also be subject to these restrictions," he added.

Should those responsible for undermining a resolution of the crisis in Tigray fail to reverse course, they should anticipate further actions from the United States and the international community, Blinken noted, adding that: "We call on other governments to join us in taking these actions."

Prime Minister Abiy Ahmed who is in the center of the conflict had initially dismissed reports on violation of human rights in Tigray but has since admitted that the soldiers have acted beyond limits. The Ethiopian government has been assisting those displaced from their homes.

But it's the continued stay of Eritrea troops in Tigray that has raised eyebrows, with several international partners now asking Ethiopia to order for their evacuation. Despite assurances from Addis Ababa, the troops continue to unleash on innocent civilians, something which may have angered the US.

"Additionally, we have imposed wide-ranging restrictions on economic and security assistance to Ethiopia and will bring our defense trade control policy in line with them," he added. "We will continue humanitarian assistance and certain other critical aid to Ethiopia in areas such as health, food security, basic education, support for women and girls, human rights and democracy, good governance, and conflict mitigation, consistent with available authorities. The United States will continue its existing broad restrictions on assistance to Eritrea."

People in Tigray continue to suffer human rights violations, abuses, and atrocities, and urgently needed humanitarian relief is being blocked by the Ethiopian and Eritrean militaries as well as other armed actors, the statement further read.

The United States further condemned in the strongest terms the killings, forced removals, systemic sexual violence, and other human rights violations and abuses. "We are equally appalled by the destruction of civilian property including water sources, hospitals, and medical facilities, taking place in Tigray."

"We call for the Eritrean government to live up to its public commitment and immediately return its troops to internationally recognized Eritrean territory. Without an immediate cessation of hostilities and a rapid expansion of humanitarian access, current and significant food insecurity could lead to famine," Blinked noted.

Civilians in northern Ethiopia have suffered horrific burns consistent with the use of white phosphorus, a potential war crime according to the Telegraph. Exclusive footage and accounts of witnesses and victims smuggled out of the war in Tigray suggest the Ethiopian and Eritrean armies may have used powerful incendiary weapons in civilian areas.