US dispatches warship to Somalia waters ahead of troops' withdrawal 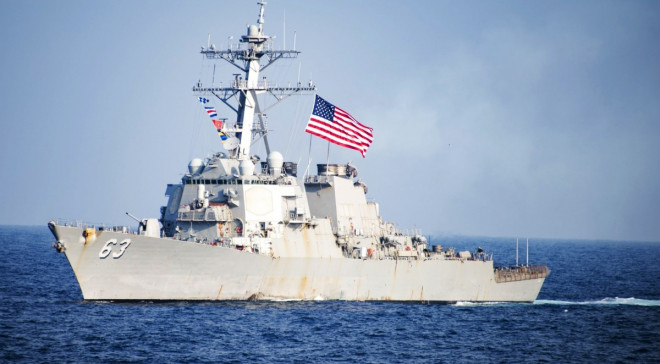 WASHINGTON - The United States has dispatched a warship to Somali waters along the coastal strip of the Indian Ocean, in what seems to be a strategic move ahead of the planned withdrawal of troops from the Horn of Africa country, which has been battling with insecurity for several years.

According to the Voice of America, the USS Hershel "Woody" Williams is set to support the US intentions to withdraw troops and her assets from Somalia, where they have been helping in the fight against Al-Shabaab militants, who still control large swathes of rural central and southern Somalia.

The vessel will be manned by the submarine and is also set to regulate the levels of piracy within the Indian Ocean and the Gulf of Eden. The United States still remains an important player in Somalia's future, especially on matters of security and development.

In a statement issued early this month, the Department of Defense confirmed a directive from the outgoing President Donald Trump to withdraw troops from the Horn of Africa nation. In the plan, the US now wants to reposition its troops in an operation dubbed Octave Quartz according to the US Navy.

The US has close to 700 servicemen in Somalia who are mandated to train and equip the Somali National Army. The team has been training the elite Danab Special Forces who are credited for liberating many towns from Al-Shabaab besides killing top militants who have been causing havoc in the country.

But the withdrawal plans have been questioned by both the Federal Government of Somalia and the opposition, who believe that the move could further erode gains made in the fight against Al-Shabaab. They have requested Washington DC to reconsider the move.

However, the decision is not likely to be reverted given that the US Africa Command boss Gen Stephen Townsend recently visited Kenya, which could be hosting the troops who had been in Somalia. It's from Kenya where drowns are fired at various Al-Shabaab strongholds.

The US military has been suffering casualties with the latest being the death of a senior CIA officer in Somalia. Earlier this year, the US Africa Command suffered a blow when the Al-Shabaab militants raided their base at Manda Airfield in Kenya, killing three US citizens.